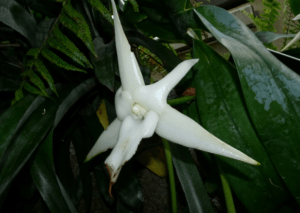 Learn how to grow and care for this beautiful orchid the right way. Our experts have prepared this comprehensive guide to help you. Read on.

What Is Angraecum Sesquipedale?

Angraecum sesquipedale or Darwin’s Orchid is an epiphytic orchid variety found in the lowlands near the east coast of the island of Madagascar. In case you are wondering what an epiphyte means, it is a plant or organism that grows on the surface of another plant and derives its nutrition from air, water, and debris around the plant.

It is called Darwin’s orchid because Charles Darwin claimed that a moth uses its long proboscis (long feeding organ) to pollinate the Madagascar orchid. Years later, it was found that the nocturnal moth Xanthopan morganii praedicta helps in pollinating Darwin’s orchid.

The Star of Bethlehem orchid can be found growing on the sloping branches of the trees that are at the edge of the tropical forests. It is a slow grower and is usually attached to the drier areas of the branch or trunk. Its growth pattern is similar to the Fox brush orchid.

Angraecum sesquipedale can reach a height of 3 feet. It has monopodial growth, meaning that it grows upward from a single point and adds leaves to the apex every year. It grows in clusters and can even exceed 5 feet in size in the wild and spread horizontally up to 8 inches.

The plant also grows keikis which are little orchid plants used for propagation. Keiki in Hawaiian means “the little one.” They look like little plants growing on the stem of the mother plant.

The leaves of the Madagascar orchid are dark green with hints of gray tones in between. They are about 8 to 19 inches long and 2 to 3 inches wide. The leaf tips are rounded or maybe bi-lobed in some cases.

The Madagascar orchid produces two to six blooms at a time in the winter season. They can be as big as 5 inches in diameter. The plant usually begins flowering around the end of December to early January. They are whitish-green initially but change their color to pure white in the later stage.

Flowering increases as the plant matures. The blooms are long-lasting and can last up to two months or more. They are star-shaped, waxy, and fragrant at night.

It is called the Comet orchid due to the flower’s shape and Christmas orchid or the “Star of Bethlehem” because of the timing of blooming. The flowers have a distinct, long, green nectar spur (tissue outgrowth) attached. The white blooms last a couple of months.

Angraecum sesquipedale has thick and sensitive succulent roots, which are dark gray. Some roots climb up to 6.5 feet, attach to the trunk of the tree, and spread for several feet.

If the roots of the plant are disturbed, the plant may not bloom for several years. Younger plants are susceptible to root problems. So be careful during repotting and avoid disturbing the roots.

When a mature plant is disturbed, it loses the lower leaves and produces only one or two flowers.

The care for the Comet orchid depends on various factors such as the physical location, temperature, soil, etc. This species grows well in tropical conditions.

Read on to find out the appropriate growing conditions required for the plant to bloom.

Angraecum sesquipedale needs bright, scattered, indirect light to be healthy. However, direct sunlight can burn its leaves. In the wild, they grow on the trees in light shade where there is sufficient air movement.

The number of flower buds produced depends on the number of leaf pairs formed during summer and spring. If you want maximum flower production, provide the greatest light intensity to your plant between September and November.

Avoid keeping your plant in both extreme frosty conditions and harsh sunlight.

The Christmas orchid grows well in areas receiving heavy rainfall up to 150 inches. They love abundant watering without the roots getting soggy. Maintain drainage in your pots to avoid overwatering the plant.

In summer, water your plant every day and twice if the temperature goes above 90 degrees Fahrenheit. When the plant is flowering, keep the soil around the roots moist. Reduce the watering sessions in winter as water requirements are less during winter. Allow the soil to dry out a bit between watering.

In its natural habitat, Angraecum sesquipedale grows on the exposed parts of tree trunks and receives a lot of rainfall. It means that they want to dry out quickly and want frequent watering.

To avoid problems like root disturbance, use a coarse soil medium consisting of bark and charcoal or perlite. Use perlite or sphagnum moss to retain moisture in the soil mix. Plant it in a large pot to avoid disturbing the roots.

Angraecum sesquipedale grows well under warm temperatures of spring and summer with good ventilation. It is a thermophilic plant, meaning that it thrives at relatively higher temperatures. It likes to have a difference in its day temperature and night temperature such that there is a 10 to 15 degrees Fahrenheit difference.

In the growing season (spring and summer), it enjoys warm temperatures and can tolerate hot temperatures as well. In autumn, it is beneficial for the plant to experience nighttime temperature and a difference between night and day averages. This induces blooming.

It is a great plant to keep inside homes as long as you can provide the drop in temperature between day and night in autumn and winter.

Ensure that your plant gets enough humidity by misting it during drier weather conditions. Use the pebble tray method or place a humidifier to maintain humidity.

Fertilize your Angraecum sesquipedale every 7 to 10 days. Fertilizing the plant weekly helps in increasing new leaf growth. More the leaves, the higher the chances of flowering in the next season.

Repot the plant immediately when the soil mix starts to decompose. To repot, first, wash all the roots and check there are no patches or any infection. After washing the roots, plant them in a bark mix with perlite to ensure aeration and nutrition.

Darwin’s orchid can be propagated by root division. If you notice small baby plants attached to the mature plant through roots while repotting your plant to a bigger pot, separate the baby plants and put them in a separate pot. Use bark mixture with perlite to plant the babies. 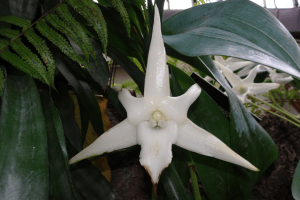 Angraecum sesquipedale or the Comet orchid is one of the most well-known orchids, and taking care of it is not difficult provided you follow our guide.

So let’s sum up everything that we have learned about this popular Angraecum.

After reading our guide, you have all the tips and tricks to grow and cultivate Angraecum sesquipedale in your home garden. So don’t be afraid and get yours now! 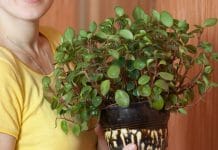 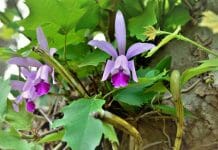 Cattleya Intermedia: Can They Be Germinated and Grown at Home? 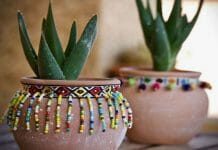