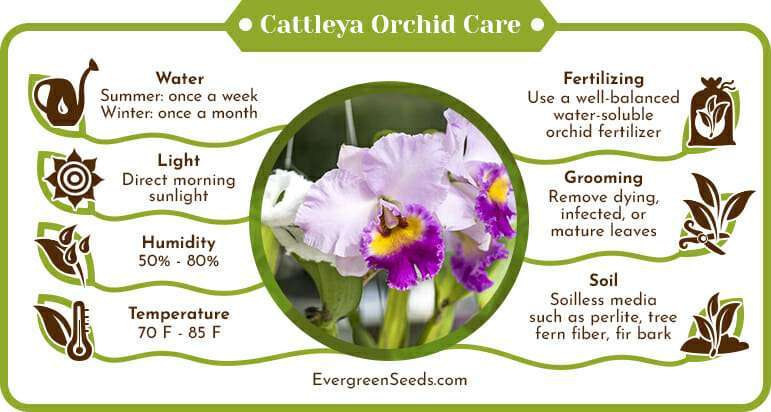 The Cattleya orchid is a slow grower but easy-to-care epiphytic genus with dark green leaves. The orchid lives longer and can reach maturity between four to seven years.

Some Cattleya orchids like the Labiatae produce large blooms once per year while others like the Aclandiae flower twice a year. Keep reading this article to gain more information on how to care for this orchid the expert way.

What Is Cattleya Orchid?

The Cattleya orchid is a unique genus that has around 130 varieties and it is native to tropical America. The Cattleya orchid was named after a horticulturist called William Cattley. This Cattleya is also commonly known as the Queen of all orchids and can be used in corsages.

The Cattleya can grow healthy and showy if you practice orchid care using the important tips that are presented in this article.

Water the Cattleya orchid once a week during the blooming period. Check the moisture content before watering. Make sure two-thirds of the potting mix is dry prior to the next watering. Do not let your Cattleya orchid sit in soggy soil for a long time to avoid root rot.

We recommend that you water the Cattleya orchid in the morning so that the leaves will have enough time to dry during the day. This can prevent the development of diseases like mildew.

However, in winter, water the Cattleya orchid once or twice a month. The lower temperatures contribute to extended periods of moisture retention. Avoid under- or over-watering to keep your orchid healthy, keeping in mind that the plants prefer sitting in a dry potting mix. The pseudobulbs store water that can be used during drought. 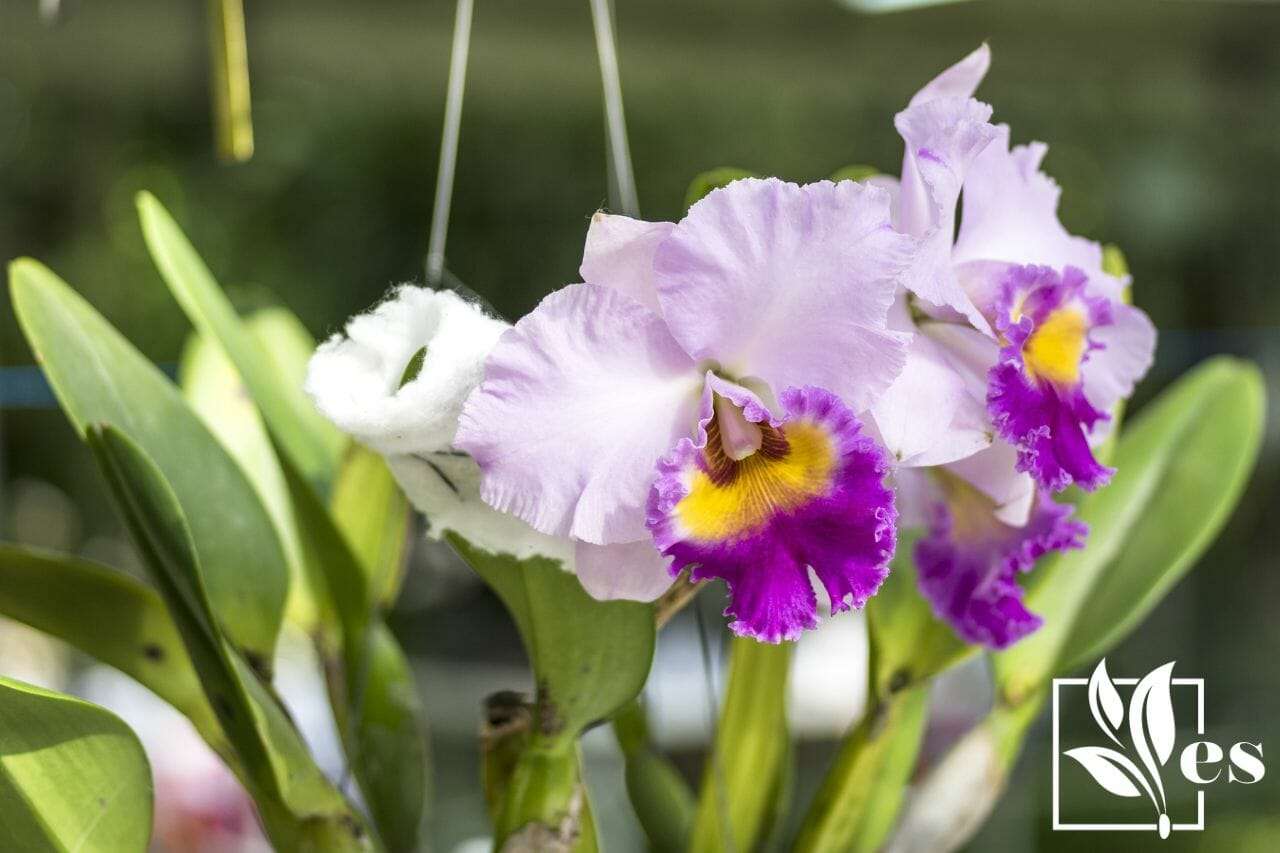 The Cattleya orchid grows optimally in bright, indirect sunlight. Place your orchid on the east or west-facing window. The Cattleya orchid loves the direct morning sun so you can take it outside in the morning and bring it indoors in the afternoon.

You may also remove the sheer curtain or blinds in the morning for your Cattleya orchid to get unfiltered light and put them during midday to diffuse the harsh sun rays.

If the orchid plant is not getting enough light, it will have leggy stems as it will be trying to reach out for the sunlight.

Get a grow light to remedy this problem. We recommend that you use the grow light with the blue spectrum as it provides enough light for your orchid beauties to grow happily. You should regularly rotate the Cattleya orchid for it to achieve balanced growth.

Under favorable temperatures, the Cattleya schroederae produces the best growths and the flowers’ life span can be increased to around six weeks. You should keep your Cattleya orchid indoors in winter to protect it from freezing temperatures and cold drafts that can kill the plant.

Use a hygrometer to test humidity levels so that you can make adjustments as necessary. The orchid plants can suffer dry air in winter so you can use a humidifier to increase the humidity levels.

You should constantly check if the humidifier’s reservoir needs a water refill. You can also consider misting in the mornings or using a pebble tray to increase the levels of humidity.

Nonetheless, if you are using a pebble tray, make sure the pot is not sitting in water to prevent root rot.

The Cattleya orchid can grow well without fertilizers but adding them does not cause any harm to your plants. Adding fertilizers provides your orchid with more nutrients that are necessary for blooming. Use a well-balanced water-soluble orchid fertilizer that is diluted to quarter-strength.

Apply the fertilizer after every watering during the growing season. Do not over-fertilize the Cattleya orchid to avoid root burn. Too high amounts of fertilizers also cause vigorous growth of the plant’s leaves while sabotaging flower production. Please note that you should flush the mineral salts buildup with plain water once every month.

You may refrain from applying fertilizers in winter when the orchid plant is dormant. If you decide to fertilize your plant in winter, do so after every third watering. The Cattleya orchid prefers to be under-fertilized than over-application of the feed.

Pruning is not necessary for this plant unless there are dying, infected, or mature leaves. You may begin by using a sharp, clean, and sterilized knife or pruning shear to trim the leaves. A sharp tool will leave a clean cut that can easily heal.

Propagate the Cattleya orchid in summer using the rhizomes. The rhizomes have many growth points as it belongs to the sympodial orchids. They develop roots underground and the pseudobulbs grow upward to become the new Cattleya orchid. Use a clean, disinfected, sharp shear, or a pair of scissors to cut the rhizome with at least three bulbs.

You may also use the rhizomes without the pseudobulbs to propagate the Cattleya orchid. Prepare the pot with a new potting medium that consists of perlite, charcoal, and fir bark, using a ratio of 10:20:70. Plant the rhizome in the pot and water it thoroughly.

You must keep the substrate moist until the new Cattleya orchid has established itself in its new home.

Like any other orchid, the Cattleya is also prone to pests and diseases. Regular checks are needed so that you can identify these problems at an early stage and deal with them accordingly.

The scales are brown, circular, headless, and legless sucking pests. Female scales attack the Cattleya orchid most. The scales do not migrate once they reach maturity; they just multiply. These pests suck the plant’s sap from the new leaves, thereby affecting the growth of your Cattleya orchid.

Thrips also feast by sucking the plant’s juice on leaves, flowers, and petals. The affected Cattleya orchid’s leaves turn yellow, and the plant can die if not treated in time.

Always trim unhealthy leaves and remove the debris around the Cattleya orchid to reduce the risk of being affected. The thrips hide on the undersides of the papery sheaths from the pseudobulbs so you should remove the dried ones.

Overwatering causes the development of fungi. The infected Cattleya orchid will have black, mushy roots and can produce an unpleasant odor. If the disease is not treated early, it may cause stunted growth and wilt. The Cattleya orchid can even die.

Monitor your watering patterns to avoid overwatering. Also, make sure the pot has enough drainage holes for excess water to escape. Use a well-draining potting mix to reduce the risk of waterlogging.

Powdery mildew affects the plant’s leaves, new growths, flowers, and stems. The Cattleya orchid might have white powdery spots on the affected parts but usually on the leaves. The fungus prefers dry, warm climatic conditions that are accompanied by high humidity levels.

Misting can cause the development of powdery mildew if the leaves stay wet for a long time. Make sure enough air is circulating in the room to quicken the rate of evaporation.

Also, place the plant on a spot where it will receive enough sunlight. The powdery mildew also absorbs the nutrients and water, causing serious harm to the Cattleya orchid if left untreated for an extended period.

Apply fungicides that contain sulfur as the main ingredient once a week for three to four weeks. The fungicides can treat and prevent the development of powdery mildew.

Collar rot is a fungal disease that develops due to poor air circulation around the Cattleya orchid. High humidity levels also contribute to the development of collar rot. If your Cattleya is infected, you may see the pseudobulbs rotting and becoming mushy.

If the Cattleya orchid is heavily infected, destroy the whole plant. If you increase the humidity levels, you can reduce the risk of infection by improving air circulation using a fan. Also, expose the Cattleya orchid to bright light so that the plant’s leaves dry faster after misting.

– Is Repotting the Cattleya Orchid Important?

Yes, you must repot your Cattleya orchid when it has outgrown the pot. Also, repot when the potting medium is no longer draining excess water. Do not repot the flowering plant or the Cattleya orchid that has the blooms already.

Repotting Cattleya should be done every two to three years in spring. The new pot should be one size larger than the old one. The pot should have enough space to accommodate two new pseudobulbs every year for at least two years. Also, use the new substrate that is free from pests and diseases 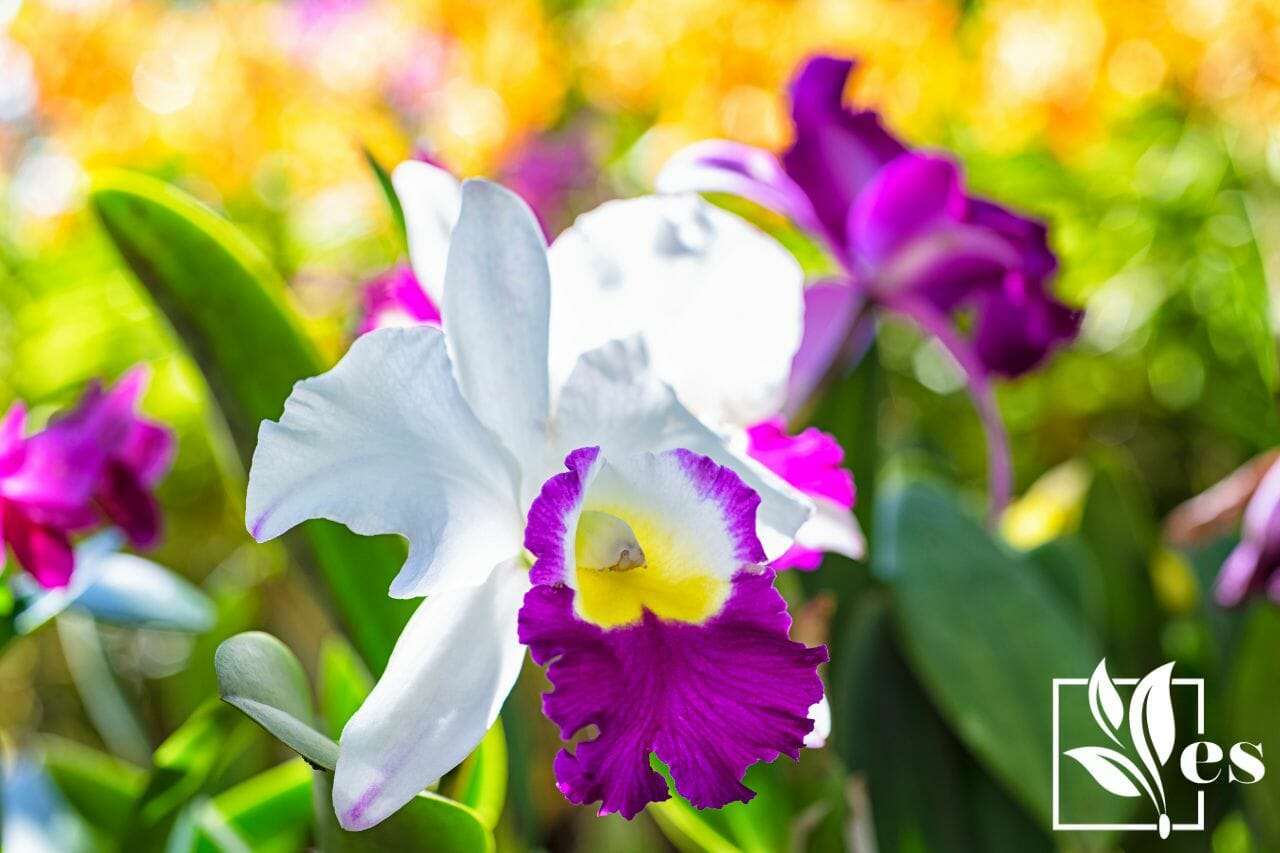 You have learned all the plant care tips that are crucial for your Cattleya orchid’s vivid growth. You now dare to get one for yourself. Here is a quick brief of the main ideas:

It’s now time to get your Cattleya species and start parenting it the best way. Enjoy gardening while beautifying your home! 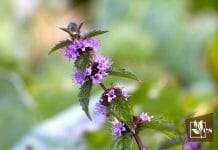 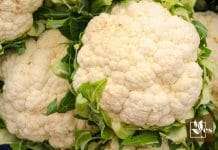 8 Flowers That Look Like a Brain: An Uncanny Resemblance 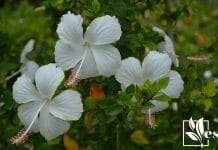