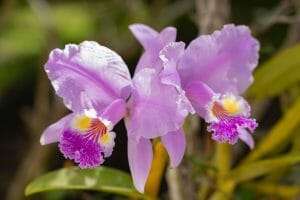 The Cattleya percivaliana is a gorgeous tropical orchid that calls Venezuela, and sometimes Colombia, as its natural habitat. Their gorgeous flowers are known for their fragrance, which has led the plant to be found in many botanical gardens as wonderful sensory ornamental plants.

The striking inflorescence produces colorful blooms washed in pale lilacs and pinks, with a strikingly darker pink lip, accented with golden yellow tints. This popular plant has produced multiple hybrid forms and seedling varieties due to its inherently desirable qualities.

The first to formally descrive it, in 1883, was James O’Brien. However, the Cattleya percivaliana was initially discovered by William Arnold in 1881. Named in honor of an enthusiastic private orchid grower, the newfound species caused a stir among collectors for its striking beauty and intriguing fragrance.

The Cattleya percivaliana is slightly smaller than its other cattleya cousins, often growing up to a foot in height. In their natural habitats, they flower all year round. In cultivation, these cattleya orchids tend to flower in the holiday season, thus earning the nickname of Christmas Orchid.

While the Christmas Orchid can be fuller and flatter than other cattleyas, their blooms are slightly smaller. In general, however, this orchid plant may reach a height of 12 to 14 inches, given that you cultuvate it in ideal growing conditions.

Percival’s Cattleya is a wonderfully large orchid plant that can produce club-shaped pseudobulbs, which are the thickest in the middle. These compressed, clavate, and bright medium green pseudobulbs are approximately 6 to 8 inches long. These sub-erect oblong pseudobulbs produce a single, rigid, elliptical leaf that is usually 9 inches in length and 2 inches wide.

Christmas Orchid roots are fat, almost noodle-like in shape and size. Healthy roots are white and quite plump, with healthy and shiny green tips. The roots wrap around the substrate or slab for support and stability. Since these orchids thrive in humid environments, their roots have readily adapted to absorb water from the air.

In temperate regions, the Cattleya percivaliana prefers to slightly dry out in between watering schedules. Watering should not be done more than once a week if the substrate or slab is still damp or moist to the touch. These precautions are to avoid possible fungus infections and unpleasant root rot situations.

Despite its seasonal name, the Christmas Orchid flowers throughout summer and winter in temperate conditions. In warmer climates, these orchids tend to bloom throughout the year. In general, their flowering phase will largely depend on the region’s weather and climate.

The colorful flowers are approximately 4 to 5 inches in diameter and emit a citrusy, spicy, and musty fragrance. Some orchid lovers find that the smell is quite distinctive, and claim that the scent is easily imprinted into memory once inhaled.

The Cattleya percivaliana’s flowers tend to be in pale lilacs and lavenders, with elongated sepals. Petals are elliptical, with ruffled rims that can be darker in color in comparison to the rest of the flower. Inside the wide, long lip is a golden-yellow accent that contrasts sharply with the reddish-purple edge.

In the wild humid forests of Venezuela and Colombia, Percival’s Cattleya grows on trees and moss-covered stones and rocks. Due to its epiphytic and lithophytic nature, the tropical orchid has adapted to thrive in high altitudes, in areas where the air moisture content tends to be high.

Christmas Orchids tend to be warm-loving air plants. Many orchid collectors and cultivators have successfully grown these amazing orchids. They prefer to use simple types of equipment to mimic the native growing habitats of these tropical beauties.

Epiphytic and lithophytic plants like the Christmas Orchids that grow in high altitudes tend to require high levels of bright light exposure and strong air movements to flourish. They are used to warm, tropical environments. These evergreen orchids may require a little more care when grown in temperate locations where colder seasons are present.

Bright, filtered sunlight is one of the most vital factors in successfully growing Cattleya percivaliana. Although this resilient orchid may tolerate direct sunlight in the morning and late afternoons, exposure to strong levels of sunlight during noon could cause leaf burns.

Filtered lights using nets should allow this cattleya to flourish and flower undisturbed. Placing them behind or under other plants as protection from direct sunlight will also work.

In cultivation, especially in temperate climates where sunlight may not be always present, grow lights are the ideal equipment for supplementing bright light levels. Sun-loving cattleyas, in general, require 30,000 to 50,000 lux for them to produce blooms.

Placing Christmas Orchids in south-facing windows will also increase their exposure to bright lights. Enough care should be exercised in making sure that they are not exposed to harsh direct sunlight.

Percival’s Cattleya requires abundant and frequent watering during its active growth period. In the wild, the orchid has grown accustomed to its humid habitats with alternating wet and dry seasons. Grown in similar climates, cultivators and collectors do not need to be overly vigilant in caring for these orchids.

In less tropical regions, orchid lovers need to exercise a bit more care in watering these exotic beauties. While they are quite easy to care for, attention must be paid to the watering schedule and technique. This is to ensure that excessive watering will not create stagnant moisture that may cause soggy root rot and fungus infections.

Aside from frequent watering during the growing period, misting also helps the Cattleya percivaliana attain its much-needed air humidity. This is most helpful, especially during drier days.

In colder seasons like late autumns and winters, watering frequency and amount should be reduced. Roots should be allowed to dry out slightly in between watering, and the substrate should not be excessively moist or wet during these times. In general, you should never place orchids in standing water.

In the wild, the Christmas Orchid can enjoy the steadily warm temperature of its native environment, in the sun-drenched forests of Venezuela and Colombia. There, it receives an adequate amount of heat to ensure its growth and health.

In cultivation, this orchid still requires a warm temperature, which should be around 74 to 86 F during the day. At night, temperatures should be over 55 F. The most ideal temperature range should be maintained to keep a thriving Cattleya percivaliana successfully blooming.

Percival’s Orchids are air plants that can also adapt to growing on rocks. These hardy orchids can be effectively placed in pots, baskets, or on bark slabs and blocks. When grown in pots, the potting substrate mix must be permeable. This is to allow air movement and prevent excess and stagnant water.

A mix of sphagnum moss, fir bark chips, charcoal, and other organic plant matter with suitable aeration qualities is most ideal. Clay pots are also one of the best containers for Christmas Orchids. This earthen material wicks away the extra water to prevent the substrate and the roots from being flooded.

Repotting Cattleya percivaliana is necessary when the orchid has visibly outgrown its current container, and young plants are growing over the edge. Similarly, broken clay pots that house these delightful orchids need to be replaced to keep the roots safe and intact. 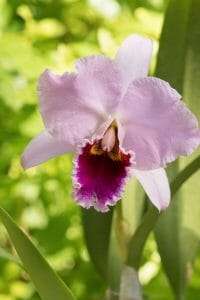 Cattleya percivaliana flourishes in high humidity settings, especially in its local environment. Ideally, these magnificent orchids should receive a high humidity level of 75 to 80 percent. Be sure to not go lower than that to prevent the plants from drying out.

In temperate conditions, growers can simulate the Christmas Orchid’s native habitat’s humidity by setting up humidifiers or a simple humidifying system. Some growers use a straightforward method of elevating the orchid’s containers on some crushed rocks. Excess water from the pot accumulates on the crushed rocks, slowly releasing water into the air. However, note that the water should not touch any part of the pot or the roots of the orchid.

Percival’s Cattleya prefers intermittent fertilization, with a half-strength diluted solution of recommended orchid fertilizer every two to three weeks. Aside from root applications, the cattleya appreciates foliar dressing application. This method sprays the leaves of the orchid with a super-diluted fertilizer solution during its active growing periods. In temperate regions, the growth period usually starts in late winter and lasts until early spring.

In the colder months, it is recommended to reduce fertilizer applications or to stop any at all, and merely continue with reduced watering amount and frequency.

After active growing and flowering periods, Christmas Orchids require a definite resting period. They have two clearly defined resting periods, which are before and after flowering. The first resting period starts when new growth unfolds and the plant’s leaf unfurls. During this period, it is not advisable to fertilize. Rather, continue caring for your plant with reduced watering frequency and amount.

The second rest period is after the blooming stage. Observe the same care routine as the first resting period. This should keep the orchid healthy for the next growth phase.

While some growers have experimented with propagation methods using Cattleya percivaliana seeds, the results so far have not been quite viable nor productive. Percival’s Cattleyas are sympodial. Therefore, the simplest method of cultivation and propagation is through the division of sections of the horizontal orchid rhizomes.

Once the divided rhizomes have been potted, it is best to keep them dry for a week before watering. The orchid seedlings then quickly grow to form clumps of their own, especially when grown in ideal conditions. 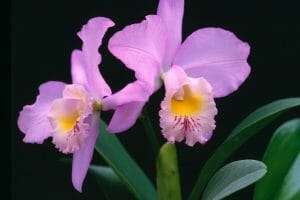 The small, compact size of the Christmas Cattleya makes it an ideal houseplant for many orchid lovers. Adorned with pale lavender flowers on display and emitting an unmistakably distinctive fragrance, it continues to captivate many cultivators. Let’s go over what we’ve learned so far about cultivating these amazing beauties.

A basic rule is to group these magnificent orchids with other plants that require similar growing conditions. After this, cultivators will have impressive clumps of pale purple flowers to joyfully greet them during the holiday season.

When all of the basic needs of the Christmas Orchids have been satisfied, orchid lovers will find it quite simple to keep the evergreen plant flowering. The Cattleya percivaliana celebrates with dazzling blooms and the characteristic spicy citrus aroma that lingers in the air, for a little bit of holiday magic and cheer! 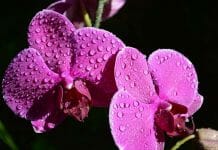 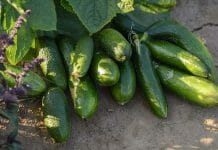 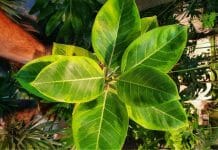 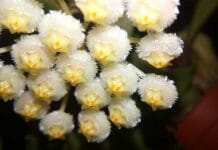