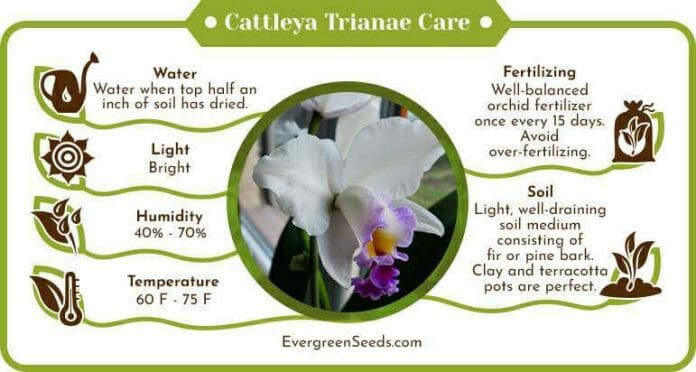 Winter will not be sad and gloomy anymore when you look around and find the stunning Cattleya trianae.

Flor de Mayo or Cattleya trianae is a beautiful orchid that is also the national flower of Colombia. The flower’s lip has hues of yellow, red, and blue, just like Colombia’s flag.

This easy-growing orchid is endemic to Colombia but can be found in many different countries today because of its widespread cultivation and transportation. It is one of the most widely cultivated Cattleya orchids.

Belonging to the Cattleya genus and the Orchidaceae family, Cattleya trianae or Flor de Mayo is an epiphytic orchid native to the South American country of Colombia. Flor de Mayo lives up to its namesake because it blooms in May.

G. Reichenbach described it first in 1860. The species name Trinae was given in honor of the Colombian botanist Jose Jeronimo Triana. Some of its other names are the Christmas orchid, May flower, May lily, Dr. Triana’s Cattleya, Cattleya bogotensis, and Cattleya kimballiana. 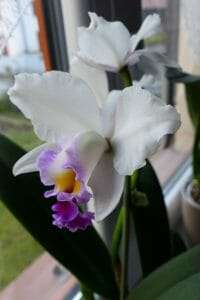 Cattleya trianae is an epiphytic orchid that is found growing from near the oceans to the mountains. But it grows the best at a height of 2000 to 6300 feet above sea level.

Since it is an epiphyte, it means that in its natural habitat, the orchid grows while being attached to the tree trunks or other support structures.

Flor de Mayo is a large-sized orchid having yellowish-orange pseudobulbs. The orchid can be 1 foot tall and 1 foot wide.

Cattleya trianae has single, rounded, and oblong-elliptic leaves that can grow up to 12 inches long. The leaves are succulent, leathery, and monocot. The single leaf usually has an oval shape.

When the leaves have a light green shade, it means that your orchid is getting an adequate amount of sunlight.

Cattleya trianae has perfectly shaped, gorgeous blooms. The petals are thin and almost crepe-like. The orchid blooms two to three times a year. The color of sepals varies from white to deep red. The lavender-colored petals are twice the size of the sepals.

The size of the flower can be about 6 to 8 inches across. The inflorescences are upright and enclosed in a sheath that helps support the flower’s weight.

Most orchids bloom during their active growth period during spring and summer, but this lovely orchid blooms during the winter and early spring months. It is one of the best orchids falling under the Cattleya genus because of its perfectly shaped blooms that come in a wide range of colors.

The blooms of Cattleya trianae have a delicate texture, but they are the most long-lasting of all the Cattleya orchids. The pastel shades of the flowers set them apart from the rest of the Cattleyas.

Like most Cattleya hybrids, Cattleya trianae is also easy to grow. Follow our guide to know the exact requirements of this orchid and enjoy the blooms for years to come.

Flor de Mayo (May flower) loves to be in bright light. Bright light will help the plant to be healthy, which shows in the color of its leaves and pseudobulbs. Try to provide the morning sun to your plant for the best results.

However, never put your orchid in a spot that receives afternoon sun. Midday sun is harmful to the plant. If you are keeping your orchid indoors, keep it near a window sill where it manages to receive bright light throughout the day.

Avoid south-facing balconies and windows to prevent the leaves from burning. If you are keeping it in a south-facing window, ensure that you draw the curtains during noon.

Bright yellowish-green leaves and orange to red pseudobulbs are a sign that your plant is receiving the right amount of light.

Cattleya trianae likes to dry out a bit in between two successive waterings. Cattleya trianae is one such orchid that handles overwatering better than most other orchids. It is quite resistant to root rot.

As a basic rule, water your orchid when the top half an inch of soil has dried. Allow the soil mix to dry 60 to 80 percent in between watering, but it should not be completely dry.

Reduce the watering frequency when the plant is dormant and inactive. Increase the watering sessions as the orchid starts to grow again. Also, keep your orchid slightly dry during the rest period in the winter season to prevent root rot.

The gap between subsequent watering sessions has to be more than summertime watering. However, never let the soil mix completely dry out.

There is no particular time that you should follow to water your Cattleya orchids. But we recommend watering early in the morning as it gives the plant enough time to absorb moisture and helps in preventing problems like root rot and plant decay. Water your orchid using lukewarm or room temperature water.

Cattleya trianae is a hot to cool growing orchid. Stable temperatures without excessive heat or cold are the ideal temperature conditions for this orchid. Try to replicate the conditions that the orchid lives in its natural habitat.

Cattleya trianae does not need a big difference in daytime and nighttime temperatures.

Cattleya trianae grows well in light, well-draining soil medium consisting of fir or pine bark. Mix some perlite or charcoal to the bark chips to maintain enough drainage and ventilation around the root system.

Clay and terracotta pots are perfect if you are an over-waterer. Both these pots absorb the excess water from the soil mix. But if you want to keep a watch on your orchid’s root development and monitor the growth beneath the soil, plastic pots are the one for you.

Cattleya trianae is not too fussy, so you do not need to monitor the root development. We would recommend you to grow them in clay or terracotta containers.

Coming to the size of the pot, while repotting, make sure that the new pot is not too large. It should be about 2 inches bigger than the previous one. If the pot is too big, the orchid will focus only on developing the roots instead of flowering. As a result, there will be fewer blooms.

Cattleya trianae prefers a humidity level between 40 and 70 percent. If you have lower humidity levels in your home, try to increase the humidity around your orchid by grouping several plants, misting daily, and placing a humidifier near the plant.

Even though Cattleya trianae does not get root rot easily, keep the airflow high around the plant roots. The higher the humidity, the higher the ventilation around the root system should be.

In humid areas, use a fan to keep the air moving around your orchids. In dry areas, use more humidifiers than fans. The higher the temperature, the higher the humidity level should be, and vice versa.

Cattleya trianae is not a heavy fertilizer feeder. But regular fertilizer application will help increase the blooming. Use a well-balanced orchid fertilizer once every 15 days or so to keep the plant healthy.

A nitrogen-rich fertilizer helps promote leafy growth and less bud development. So avoid using a fertilizer that is too heavy in nitrogen content. During the active growth period, use one-fourth to one-half of the recommended dose on the label.

Avoid over-fertilizing as it causes the roots to burn and, eventually, the plant to die. 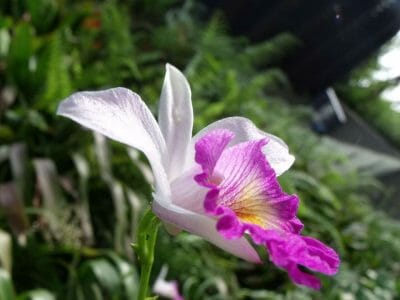 Do not repot your orchid unless absolutely necessary. If you want the blooms to be of the highest quality, then avoid repotting frequently. Unnecessary transplanting can make the plant go into shock.

Post autumn and winter, when you begin to see new growth in your orchid, it is a good time to transplant the orchid to a bigger pot.

During the process of repot, be careful while handling the roots. Untangle them gently from the old soil mix and remove all the debris, moss, and bark chips before transplanting.

If there is any rotten or wounded root, cut it off and apply some cinnamon powder as it helps in recovery. Transplant the orchid in the new pot in bark chips and perlite and let it sit in the shade for a few days to let it recover from the transplant shock.

Cattleya trianae is a tough orchid, but sometimes it is prone to get infected by pests like aphids, mites, and mealybugs.

Aphids are quite common and attack the orchid’s new growth. You can avoid this problem by spraying soap water on the plant.

If there is a heavy infestation, use chemical treatment by applying pesticides before flowering occurs. If the orchid is outside, attract beneficial insects such as ladybirds and wasps that eat aphids.

Spider mites are so small that they are hardly visible to the naked eye. They thrive in warm temperatures and dry conditions. To prevent this problem, keep your gardening tools clean. In case of heavy infestation, apply insecticidal soap containing pyrethroids.

If you catch them early, mealybugs are relatively easier to get rid of. For light infestation, pick them up using tissue paper and wash the plant. If it is heavily infected, chemical soap application may be required.

You can also use organic neem oil mixed with water to eliminate all the pests mentioned above.

It is interesting to note that Cattleya trianae is cultivated in many parts of the world. But it is endangered in the wild because of continuous deforestation and habitat destruction. So if you can get your hands on this beauty, consider yourself lucky!

Listed below are the most important points you need to keep in mind before growing Cattleya trianae. 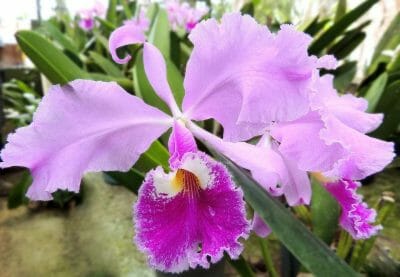 Cattleya trianae is easy to grow if you take care of the necessary conditions required for its proper growth. If you are looking to add color to your home, Flor de Mayo is a fantastic choice. 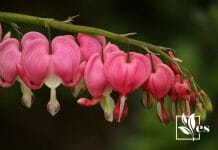 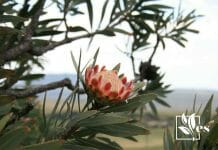 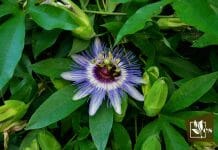