Compost worms vs earthworms is a query we often get from people who want to learn the art of vermicomposting. This process uses special compost worms to make compost from food scraps at home. 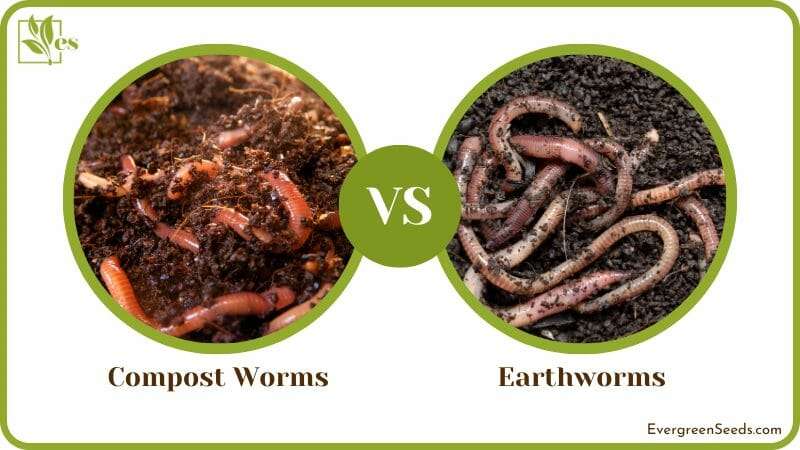 Read our detailed guide given below to find the major differences between the ordinary earthworm and the compost worms.

Difference Between Compost Worms And Earthworms

Although both types of worms have several things in common as well, there are some basic differences between earthworms and compost worms that make each of them individually unique with regards to your soil.

Find out what these differences are below:

Which One Is Better For Your Compost Bin?

The main difference between compost worms vs earthworms is that earthworms are common annelids that burrow deep into the soil to increase their porosity, whereas compost worms are a special type of worm that digests the organic content of your scraps to make compost out of it.

Compost worms differ from Earthworms in several ways be it their size, color, or function in the soil. Find out more in detail below.

Earthworms are mostly longer than compost worms with an average length of six inches. They have an overall reddish-brown color. Compost worms, in comparison, have the length of a typical earthworm and measure only up to two to three inches long. Appearance-wise they have a reddish-purple tinge to them.

– Role In Your Garden

One of the main things that differentiates these two types of worms is that they have different roles to play in your garden. Find out what these roles are here.

Earthworms are an essential component of your soil’s ecosystem as they perform three major functions for it. These functions are: 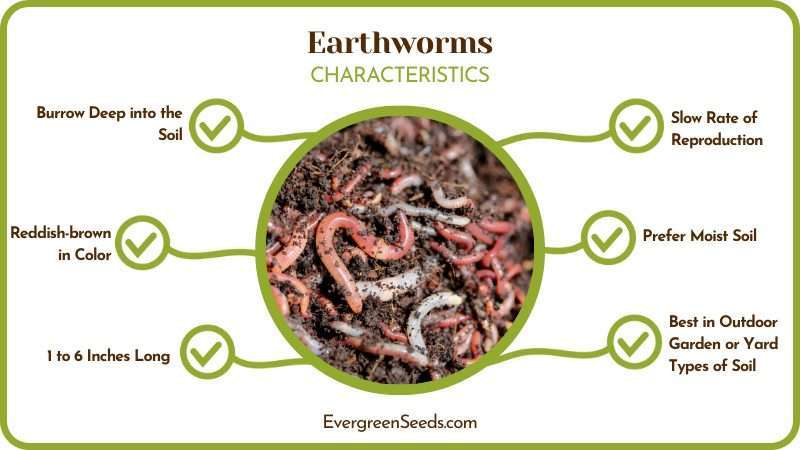 – They Improve The Drainage Of Your Soil

Earthworms are relentless borrowers. They will dig deeper and deeper and create an interconnected network of borrows all over your soil. As a result, the porosity of the soil increases. There is also a great improvement in the providence of water and nutrients to the roots of plants via the soil.

– Improvement in The Availability of Nutrients

Earthworms are notorious for feeding on all sorts of organic matter and microbes present in the soil. Their digestive system then breaks down and digests this foodstuff. Consequently, the excrement they release back into the soil is pretty rich in essential nutrients like Potassium, Nitrogen and Phosphorus.

– They Improve The Structure Of Your Soil

The excrement secreted by the earthworms continually recreates the topsoil of your garden. It holds the particles of the soil together, making it more cohesive and able to hold in water for longer periods.

Compost worms have the ability to feed on the organic waste in your kitchen and convert it into useful compost. When added to a pile of compost, they will eat all the organic matter and release their waste material called castings. These castings are rich in nutrients and make a great fertilizer.

There are a number of composting worms that you can use to make your own compost bin at home. Find out about them in detail in the coming sections.

The red wiggler worm or Eisenia fetida is the worm that is used most commonly for vermicomposting at home or commercially. Making compost using these worms is also called ‘red worm composting’. As compared to the common garden worms, this one prefers the decomposing environment of a compost bin to that of fresh soil.

It also doesn’t bury much deeper into the bin. You will not find a lot of red wiggles in your local soil. However, owing to their rising popularity, these are now easily available in the market and you can purchase bags full of them from any resourceful home and garden store.

These compost worms like to dig deeper than your average red wigglers and will be found inhabiting the deeper layers of the compost pile. Their affinity for a higher carbon to nitrogen ratio means that they are better at decomposing the browns of your pile as compared to the greens.

These are worms that specialize in composting manure as they thrive under loose and wet soil. 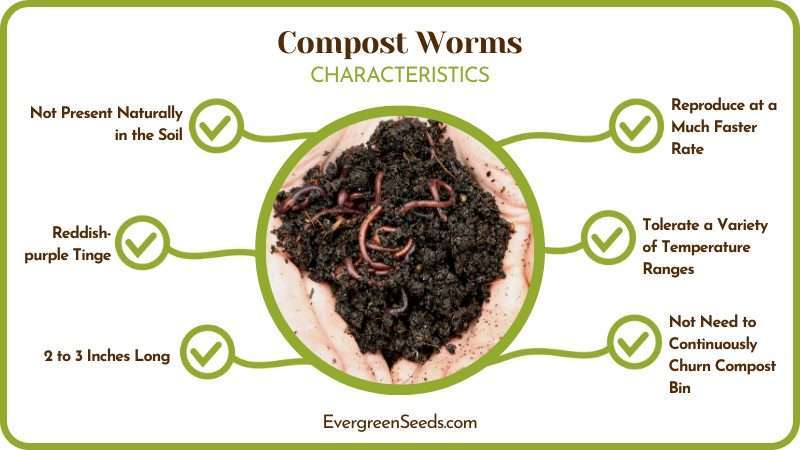 Lumbricus rubellus is another species that is used to make compost. It is often difficult to tell them apart from the red wiggler worms in compost in appearance even though both of them are separate species and are not known to even interbreed among themselves.

Another one among the worms for composting that is often used is Lumbricus terrestris. It makes compost of very good quality, but it is very difficult to breed and often has to be harvested from livestock.

– How Do Worms Produce Compost?

Compost worms, like red wigglers, are natural compost makers. These worms feed on all the organic matter that you feed to them, digest it and extract all its food value within their digestive systems.

Afterward, these worms release their digested fecal matter called castings into the soil or the composting bin. These castings are rich in essential nutrients like Nitrogen, Phosphorus, and Potassium and add richness to your compost.

If you aren’t into vermicomposting already, then what are you waiting for? Studies show that more than 30 percent of the common household waste is made up of food and paper stuff.

You can literally turn all this garbage into a valuable source of food for your plants just by adding one magic ingredient: worms for composting! So what are you waiting for? Continue reading to find out just how to do this.

– How To Make Your Own Composting Bin

The simplest way to go about making your own compost bin is this: 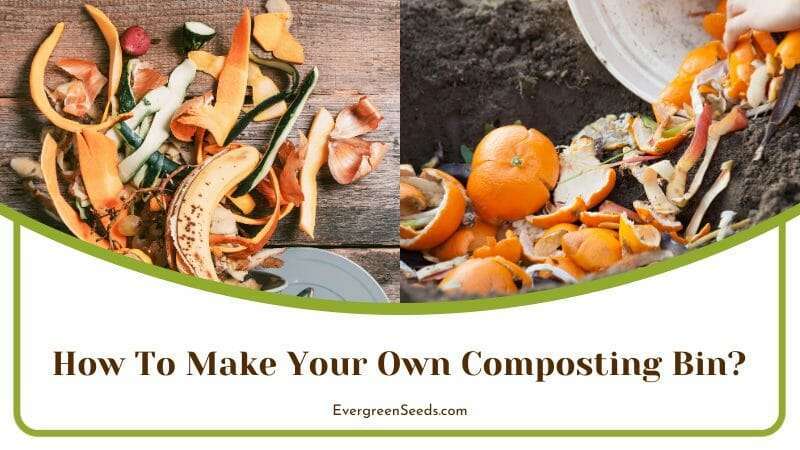 In about one to two months, these worms will have your compost pile ready for use.

On the other hand, earthworms like to burrow deep into fresh soil and improve its drainage and nutrition content.

There are several types of compost worms out there that you can use for making compost. The best and the most easily available ones are the red wigglers and the red worm species. So you should wait no more!

Grab a pack of these compost worms from your local market and add them to your compost pile right now! 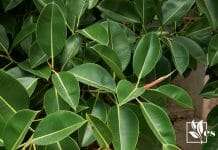 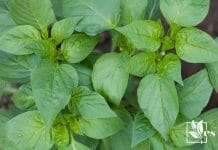 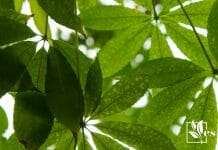