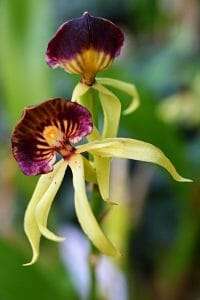 Encyclia cochleata flowers are known for their unique shapes, with each bloom resembling a vibrant and colorful octopus. These shapes make these warm-weather flowering orchids highly collectible houseplants in many homes.

As the national flower of Belize, this orchid with extraordinary flowers is fondly called the Black Orchid by adoring Belizeans. The long-lasting, distinct flowers easily steal the show in any orchid collection. Many orchid lovers continue vying to own these pretty, flowering perennials for their enjoyment. In this article, you will find out how to grow one yourself!

Currently known as Prosthechea cochleata, the Encyclia cochleata was first described in 1997 by Wesley Ervin Higgins. Hobbyists still refer to this unusual orchid by its previous name, although other common names exist, such as Black Orchid, Clamshell Orchid, Cockleshell Orchid, and Octopus Orchid. The descriptive names the Encyclia cochleata goes by is a testament to how uniquely charming the flowers are.

The Encyclia cochleata is a medium-sized epiphytic orchid plant that grows up to 2 feet in height. In nature, it grows in the warmer zones of Mexico and other Central American countries. The size can often vary, although not drastically.

Its growth typically depends on the specific conditions and nutrients in its native habitat. Octopus Orchids in cultivation, however, have higher possibilities of growing larger than their wild counterparts, especially when grown under ideal conditions.

The Encyclia cochleata has smooth, elliptical, compressed pseudobulbs that can grow up to around 10-inch long. These pseudobulbs are often partially wrapped by several sheaths of wide, non-succulent leaves. Healthy leaves are medium emerald green and last for several weeks before wilting.

The healthy roots of the Prosthechea cochleata are fine, white, and plump. As they are epiphytic, the roots of the Black Orchid have adapted to growing nimbly on the branches of trees in their native environment. They tend to absorb water and nutrients from nearby decaying organic matter.

In cultivation, their roots perform the same functions. They are often better maintained in cultivation due to constant attention from orchid growers. Cultivators ensure that the roots of the Cockleshell Orchid remain moist but never stay wet to avoid root rot.

Orchid lovers are treated to a magnificent sight once they spot masses of Encyclia cochleata flowering. The blooms of the Black Orchid can last for several months, and the orchid consecutively blooms during its active flowering season. In the wild, the flowering season tends to be in the earlier weeks of summer. In more temperate regions, the Clamshell Orchids bloom in spring.

The unique flowers can grow up to 4 inches in length, with a clam-shaped lip and downward-facing petals that resemble tiny tentacles. The flowers are not fragrant, although some growers report a slight peppery smell just before the blooms wilt.

The upper part of the clam-shaped lip is typically a dark purple with yellowish-green stripes, although some Encyclia cochleata hybrids have slight variations in color. The longer petals are often yellow-green, dotted with violet spots.

Another unusual aspect of these blooms is that they are technically flowering upside-down. This trait makes them even more remarkable than other orchid species and varieties.

Cockleshell Orchids grow spontaneously in Central America and the Caribbean. They are also quite abundant in Belize, Colombia, Venezuela, Puerto Rico, and Mexico. The Prosthechea cochleata thrives in rainforests and everglades, as well as tropical forests, evergreen woods, and deciduous groves. The orchid plant thrives in bright, shaded areas where it can absorb high levels of light without getting burned.


Growing Encyclia cochleata is quite easy, despite it being an orchid and the showy flowers it produces. The most important part of successfully growing the Octopus Orchid is to make sure that its growth requirements are satisfied. Many growers have managed to cultivate these intriguing orchids into showy houseplants over the years. In the following sections, learn more about the Black Orchid’s preferences! 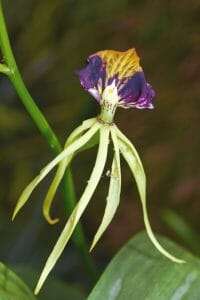 Even though the Clamshell Orchid is used to high levels of light, they can get easily burned if exposed to direct sunlight. In the wild, they grow best beneath a canopy of trees and rocks. Thus, the Encyclia cochleata has adapted to photosynthesize with bright filtered lighting.

In cultivation, the Cockleshell Orchid prefers a light level of 25,000 to 35,000 lux, which is similar to that of natural bright, filtered light. The light should be dispersed and scattered, with occasional shade, especially at noon. The harsh midday sun can scorch the leaves and roots of the Black Orchid.

Ideally, you should place your Octopus Orchid towards the east-facing and south-facing portions of the garden or the home. There, it can receive morning light but not the harsh afternoon sun. Direct exposure to midday and afternoon sun may cause leaf and root burn damage to the plant.

Due to its epiphytic nature, the Black Orchid prefers constant and abundant moisture at its roots during the active growing period. In hot weather, it is advisable to water the roots at least three times a week to prevent the roots from drying out. Ensure that the potting medium or mount drains water away from the roots to prevent stagnant water, which could lead to soggy roots and, possibly, rotting.

In temperate regions, it is advisable to reduce watering frequency and amount, especially when the cooler season arrives. The potting medium or substrate must have the time to dry out for a bit before watering. A schedule of once or twice a week will suffice in caring for the Clamshell Orchid.

While the Octopus Orchid can occasionally be a terrestrial plant, growers still prefer to use the correct medium when placing them: elevated containers or mounts. Clay orchid pots make great containers for the Encyclia cochleata. The earthen material easily wicks away excess water and moisture to prevent wet roots from fungus and rot. Wooden baskets are great alternatives, but may not last as long as clay pots.

The potting medium should be organic and quite permeable, to allow quick draining, slight water retention, and air movement. A mixture of coarse fir bark, charcoal, rocks and tree fern chips is ideal. Quick-draining mixtures allow the roots to absorb water without getting waterlogged.

The ideal time for repotting Cockleshell Orchids is after the flowering period. These plants do not prefer their roots to be disturbed during their active growth and flowering stages. Repotted plants should be placed in shadier areas to lessen their trauma and promote healing and growth.

Since the Encyclia cochleata naturally grows in warm tropical climates, the moisture content in the air is an important consideration when growing these orchids in cultivation. The Clamshell Orchid loves humidity. Humidity levels that are around 60 to 80 percent would greatly help the orchid to flourish and thrive.

In more temperate climates, a simple method to increase the moisture content in the air is through the use of humidifiers. Some growers use rudimentary tools, such as manual misting, while others prefer to use an electronic humidifier.

Prosthechea cochleata orchids are avid feeders, so fertilization during their growth period should be consistent while in cultivation. Spring is the most ideal time to start feeding the orchids. Fertilize with a quarter to a half-strength fertilizer that is not based on urea. The high-nitrogen fertilizer should complement well your potting medium.

Fertilizers with micronutrients are also highly advisable for these heavy feeders to start their growth and begin their flowering phase. In late summer and autumn, fertilizers high in phosphorus should be used.

During the colder months, fertilization should be reduced to a minimum or entirely skipped. Reduce also the frequency and amount of watering.

You should allow your Encyclia cochleata to have a rest period during the colder winter seasons. At this time, the roots should be only slightly moist. In warmer climates, the Octopus Orchid appreciates water during its rest period while it prepares for another season of new growth and blooming.

Encyclia cochleata seeds can be quite tricky to use for cultivation, which is why many growers prefer plant division to propagate them. Growing orchids from seeds can be time-consuming, with no guarantee of high yield or viability. When the Cockleshell Orchid flows over its container, growers recognize that these clumps of plants are ready to be propagated. The best propagating method is through plant division. 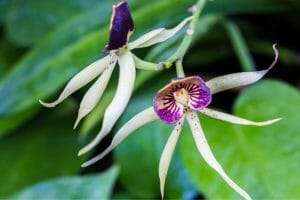 Whether called by its scientific name, or by its many colorful common names, the Encyclia cochleata is an unusually intriguing orchid with its large purple lip and yellow-green petal tendrils. Let’s go over what we’ve learned so far about this heat-loving orchid.

The Prosthechea cochleata is a beautifully striking orchid that is easy to grow. It produces remarkable flowers that are guaranteed to capture the attention of orchid lovers. Grown as an outdoor plant or an indoor specimen, this perennial orchid will happily reward cultivators with abundant growth and flowers for years to come! 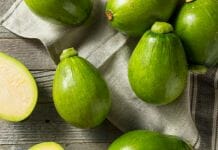 Korean Squash: How To Grow Aehobak in Your Garden 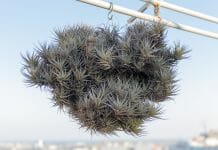 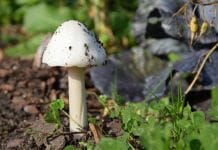 How to Get Rid of Mushrooms in Mulch – Find Out!