Gobo root, also known as burdock root, is a curious ingredient to add to your repertoire. However, it can be challenging to find it fresh.

Fortunately, growing your gobo root at home is a piece of cake.

In this guide, our gardening experts will show you how and also discuss its many uses.

What is Gobo root? 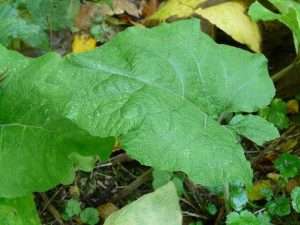 Gobo root (or gobo burdock root) is a biennial plant often cultivated for its root and consumed as a vegetable. Native to Europe and Asia, it’s the kind of plant you can also find growing wild pretty much everywhere in the world.

The gobo vegetable is popular in Japan, where it has many uses in traditional cuisine. The name ‘gobo’ actually comes from Japanese (spelled either 牛蒡 or ゴボウ). Gobo in Japanese translates to ‘burdock.’

Several species are belonging to the burdock family. Still, the one commonly known as gobo root is Arctium lappa or the greater burdock. This plant can grow as tall as 10 feet (3 meters), producing huge, dark green leaves and purple flowers that look very similar to teasels. The tiny seeds come in round, spiky burs, which stick to clothes, hair, and fur the same way as Velcro.

Edible gobos are often available in Asian supermarkets, where it is sold as a root vegetable. It looks a bit like horseradish, but it is longer, thinner, and with darker skin. It’s sometimes labeled Japanese gobo root (or gobo Japanese), although that doesn’t always guarantee it was grown in Japan.

Both lesser burdock and gobo are edible, although gobo has a better flavor. Unlike lesser burdock, it doesn’t need to be boiled with water change before you can eat it.

How to grow Gobo root

Gobo root is one of the easiest vegetables you can grow in your garden. Often it will self-sow, and we bet that you must have picked wild burdock from your garden thinking it was a weed.

If you want to plant gobo to use in your cooking, here are a few things you should know beforehand:

With that in mind, let’s take a look at how to plant your own.

The easiest way to grow gobo is from seeds. There are a few varieties you can pick from, depending on how long you want the roots to grow and how soon you want to harvest them.

Takinogawa is one of the most popular ones, with roots that can grow up to 4 feet (1.2) meters long. Suppose you’re looking for something more contained. In that case, the Watanabe variety has smaller roots (up to 2.5 feet / 75 cm) and can also be picked sooner.

The main thing to pay close attention to when growing gobo is the soil. Gobo thrives in nitrogen-rich, loose and loamy soil, with a neutral pH (aim for somewhere between 6.5 and 7.5). You must provide gobo with well-draining, loose soil.

It will increase the chance of developing long, straight roots and make your job harvesting them infinitely more manageable. Remember that gobo roots typically grow at least 2 feet (60 cm) long. If the soil is too compacted, pulling them out could be very difficult.

Before you sow gobo, take the time to dig and turn the soil to a depth of at least 12 inches (30 cm), and incorporate soil amendments such as compost, sand, and bark. Remove any rocks or large debris from the soil, as they can lead to misshapen roots.

– When to sow gobo seeds?

Gobo seeds sprout very fast, in as little as seven days. They can be sown outdoors in early spring, as soon as any chance of frost has passed. Since they require so little maintenance, we recommend planting them in the garden directly, without any prior soaking or germinating them indoors.

You can also sow gobo in autumn, especially if you live in warm climates. This way, you will be able to harvest it in the spring of next year.

Pick a part of your garden that gets plenty of light. Gobo needs a minimum of 8 hours of direct sun each day to thrive. Sow your gobo seeds 4 inches (10 cm) apart, and thin out to 8 inches (20 cm) as the plants mature.

Depending on how big you want your gobo root plants to grow, you can space them out even further to 18 inches (46 cm). However, planting them closer together will ensure that they grow long, thin roots, which are also easier to harvest.

Burdock plants need plenty of water to develop healthy roots, so keep a regular watering schedule. If you’ve prepared the soil so that it’s well-draining, you shouldn’t have any problems with overwatering. Otherwise, check the top two inches, and only water your plants if the soil feels dry.

Too much water can easily lead to root rot, which will essentially decimate your gobo crop.

You don’t need to worry about giving your gobo any fertilizers. Plants growing in poor soils will benefit from a yearly application of a slow-release, nutrient-rich fertilizer. Still, otherwise, your gobo should be fine.

How to harvest gobo root 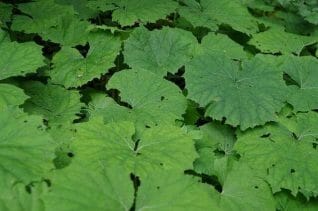 Depending on the variety you’re growing, gobo root can be harvested anywhere between 90 and 120 days.

You can harvest it as early as two months after sowing, although the roots will be just a few inches long. The best time to harvest gobo is in the autumn of the same year it was planted; otherwise, it would become too woody.

– Use the right tools for the job

Gobo root is very long, and it can easily reach 3 feet (90 cm). Harvesting it will require a spade, a garden fork, and quite a bit of elbow grease. Start by loosening the soil with the fork or spade, gently pulling the root from the soil, taking care not to snap it. Very deep roots will require a shovel to dig them out.

The best-tasting gobo roots are long and slender, usually 1 inch (2.5 cm) across. Inside, the flesh should be white or pale brown, with a texture similar to horseradish or parsley root.

After harvesting, brush the soil off the roots, cut them into pieces about 8 inches (20 cm) long, and wrap them in a piece of newspaper or paper towel. Store in a cool, dry place for up to a month.

Growing gobo root is remarkably easy once the seedlings have settled. It is hardy to pests and diseases, needs minimal weeding and regular watering, and this plant will pretty much look after itself. But don’t let that trick you into thinking gobo is maintenance-free.

Although you don’t need to do much to ensure a bountiful harvest, you’ll instead be faced with an unexpected challenge: keeping your crops contained.

Let’s see why that is necessary.

Is burdock an invasive plant?

Like all plants that self-sow and require minimal growing conditions, burdock can easily escape cultivation. The burs can attach to your clothes or your pet’s fur, which means that the seeds will be carried over long distances.

This is how burdock has become so prevalent in many regions across the globe. Not only that, but the long roots are buried deep in the soil, and if they’re not correctly removed, new plants will grow the following year.

As a result, burdock is considered a noxious weed and sometimes an invasive plant in many countries. It’s particularly problematic in North America, Australia, and even parts of Europe. Depending on where you live, you might not even be allowed to grow burdock in your garden. So before you start sowing, make sure that your state or county laws will enable you to do so.

How do you keep burdock contained? The easiest way is to harvest it before it has a chance to produce flowers.

Burdock usually blooms in its second year, so if you’re growing it as a biennial plant, remove the flower heads before they mature and produce seeds.

When harvesting burdock, make sure to remove the entire root from the soil. Any fragments of broken roots will grow back. In severe cases, herbicides will be your only way of eliminating the plant from your garden.

Gobo root is a healthy and nutritious vegetable with many exciting uses. It can be eaten raw or cooked, and the young leaves and stems can also be prepared the same way as spinach. The root, however, is the most prized part.

It has a crunchy texture, with a mild sweetness and a faint earthy aroma. It is an excellent source of fiber, amino acids, and minerals such as calcium, magnesium, and potassium.

When cooking with gobo root, make sure you don’t remove the skin. It is where many of the nutrients are stored, and it also has a very fragrant aroma.

Gobo root also has detoxifying properties and is frequently used in traditional medicine. The dried root is used to make tea, tinctures, or oil infusions, which have antibacterial and anti-inflammatory benefits.

There are many ways in which you can use gobo in cooking.

Treat it as a root vegetable by steaming, boiling, baking, or sautéing. It can also be cut into thin slices using a vegetable peeler and added to salads, slaws, soups, and even pickles.

You can also use gobo root to make ‘dandelion and burdock,’ a popular soft drink on the British Isles.

Gobo, or burdock, root can make a tasty and healthy addition to your pantry and garden.

It’s effortless to grow. Indeed, the most challenging part is keeping it contained.

Let’s take a look over the basics.

Now you know how to grow gobo root at home. All you need to do now is grab some seeds and start sowing. 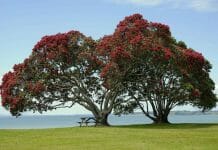 How to Grow Egyptian Spinach At Home | An Essential Guide 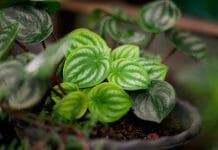 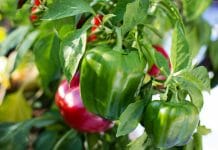 What Is Eating My Pepper Plants at Night? The Whole Truth