There are several substitutes for perlite that you can use if you can’t get your hands on your favorite plant growth media. However, not all of them are made equal and not all of them have the same properties as perlite. 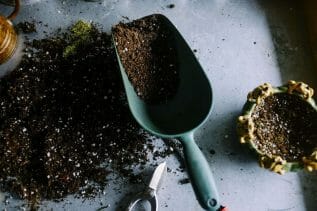 It’s important to understand the differences between your various options to be sure that your perlite alternative is having a positive effect on your plants.

In this guide, we’ll look at the most common substitutes for perlite and discuss the pros and cons of each. We’ll also see if you can use styrofoam instead of perlite.

What is a good substitute for perlite?

Depending on the plants you’re growing and the conditions they’re in, different perlite alternatives will work better or worse.

We’ll take a look at the 10 most common substitutes for perlite below:

Parboiled rice husks or PBH rice hulls are a great option for replacing perlite in soil mixes. They’re also ideal if you’re looking for an organic, environmentally friendly alternative. The process of parboiling them removes any weed seeds, mold, or other pathogens, effectively sterilizing them while also killing the rice seed.

Rice husks (or hulls) are lightweight and help improve drainage, soil aeration, as well as preventing the soil from compacting. Because they’re organic, rice hulls are a good source of nutrients for the plant, and can safely be used as a soil amendment for outdoor gardening as well as houseplants.

The only downside is the fact that they’re lighter than perlite and will tend to float to the top of the soil during watering.

Pumice is very similar to perlite, as both of them are porous rocks formed during volcanic eruptions. Many gardeners can be very passionate when debating ‘perlite vs. pumice’, but the truth is that pumice has several qualities that make it better than perlite.

On one hand, it’s heavier, so it doesn’t float during watering or blow away in the wind. It also produces less dust, especially the coarser varieties, and unlike perlite, pumice has a higher nutrient and mineral content. It also does a great job of keeping the soil loose, aerated, and well-draining. If you’re growing succulents, pumice is by far your best choice.

On the flip side, pumice is more expensive, and it can be difficult to find in most plant nurseries or garden centers.

Horticultural grit is made out of small stone particles, usually between 2 and 4mm in size. It is similar to perlite in that it creates air pockets inside the soil, which provides the roots with oxygen while preventing root rot due to improved drainage. Grit produces less dust, and because it’s lime-free, it can be used for both indoor and outdoor plants.

It’s also heavier than perlite, making it a perfect decorative layer for potted plants, especially if you need to deter fungus gnats. Horticultural grit works best for succulents, as well as outdoor alpine plants and lavender.

The downside is that horticultural grit is significantly heavier than perlite. You can use this to your advantage though, by adding it to the soil mix to stabilize top-heavy potted plants.

Granite gravel and perlite not only look similar but also fulfill similar roles in soil mixes. Both are porous rocks, which are perfect for moisture retention, and they both keep the soil aerated, well-drained, and prevent them from becoming compacted. Gravel is heavier than perlite, and even small pieces such as pea gravel won’t wash away during watering as perlite does.

This also makes granite gravel a suitable choice for decorating the topsoil of potted plants, as well as using it ornamentally in gardens. In fact, gravel is a great way to aerate and improve the drainage of boggy or clay-heavy soils in your garden, and when spread over the top of the soil, it can even help with weed control.

However, granite gravel is not a 100% replacement for perlite, mostly due to its weight. Adding it to soil mixes for potted plants will make them much heavier, and for smaller pots, especially indoors, you will need to use pea gravel. Also, the weight of gravel makes it a poor choice for germination, as young plants will struggle to push through.

Vermiculite is a highly absorbent mineral used in indoor as well as outdoor gardening. Like perlite, it is lightweight, pH neutral, and does not decompose. It also improves the aeration and soil structure.

Vermiculite acts like a sponge in pots, soaking up water and nutrients and retaining them in the soil for later use. In fact, vermiculite is much more absorbent than perlite, making it a perfect substitute if you’re growing plants that need constantly moist soils. It is also an ideal medium for germinating seeds.

One of the pros of vermiculite is also a con: the high absorbency. Unlike perlite, vermiculite makes a poor soil medium for succulents and cacti, or plants that don’t like constantly wet roots. So if you’re looking for a well-draining potting soil mix, vermiculite is not your ideal perlite substitute.

Calcined clay is a soil conditioner, commonly available on the market under the Turface brand. You’ve most likely seen it used on athletic fields, but it is also a great alternative to perlite. They are both pH neutral and excellent for moisture retention, although calcined clay is much more absorbent, and can soak up its weight in water.

It also works wonders at maintaining the soil aerated and improving drainage, making it a great potting mix addition for cacti and bonsai trees. Calcined clay is also heavier than perlite, so it doesn’t wash away as easily during watering.

Calcined clay receives an all-around thumbs up from us, yet we must point out that it will start breaking down after a few years, and will need to be replaced from the soil.

Bark, especially pine bark, is one of the main components of commercially available potting soil mixes. Depending on its size, it assists with soil drainage, prevents it from becoming compacted, retains water, and slowly releases nutrients into the soil.

Bear in mind that fine bark has a lower air porosity compared to perlite. Bark is an excellent growth medium for moth orchids, and because it’s organic and biodegradable, it can be used for both potted plants as well as outdoor gardening.

If you’re considering bark as a perlite substitute, the main thing to remember is that, unlike the pH neutral perlite (ranging between 7 and 7.5), it is more acidic. Pinewood bark in particular has a pH ranging from 4.0 to 5.0. This can be a real plus if you’re growing magnolias, ferns, carnivorous plants, or other plants that thrive in acidic soils. Most plants, however, prefer a pH range of 6.0 to 8.0.

Also referred to as sphagnum moss, peat can also make an excellent addition to soil mixes. It has a high water retention capacity, keeping the soil moist over long periods of time. Due to its fibrous texture, it aids in preventing the soil from becoming compacted, while also keeping it aerated and retaining nutrients and minerals.

Some gardeners and houseplant lovers even go as far as replacing soil with peat altogether, which is perfect for growing tomatoes, blueberries, rhododendrons, and other acid-loving plants.

Peat and bark are similar in that they are both acidic. Before you decide to use peat instead of perlite, make sure to check the soil pH requirements of the plants you wish to grow. Another thing to point out is that, even though peat is biodegradable, it is not eco-friendly, and mining for peat disrupts the native ecosystems from where it is sourced.

Coir (or coco coir) is a fiber obtained from the outer layer of coconut husks. It is quite similar in texture to peat moss, and it’s becoming increasingly popular with gardeners because it’s more sustainable to produce. But how does it compare to perlite?

Both coir and perlite are lightweight, they improve air porosity by breaking up heavy soils, and assist with drainage. Coir has a higher water retention capacity than perlite, making it a great choice for plants that require moist soils, and unlike perlite, it also has a high ability to retain nutrients and release them into the soil.

Coir is often recommended as a substitute for peat moss rather than perlite, and there’s a reason for that: coir is acidic, with a pH ranging between 5.2 and 6.5. If you’re planning to use coir as a growth medium on its own, remember that it has little to no nutrients, so you will need to regularly fertilize your plants.

Depending on how coarse it is, sand can work as a substitute for perlite. Sand is similar to perlite in that it is pH neutral, sterile, nutrient-free, and facilitates drainage. Unlike perlite, sand does not disintegrate over time, and although it absorbs water initially, it does not retain it, especially the coarser varieties.

Sand is one of the best choices for garden soils, especially clay-heavy or very compacted ones. Ideally, you should use coarse sand that’s about 1.5 — 2mm wide, and avoid the very fine sand used in construction or kids’ sandpits.

When using sand, bear in mind that it’s much heavier than perlite, especially if you plan to use it for potted houseplants.

Should you use styrofoam as a perlite alternative? 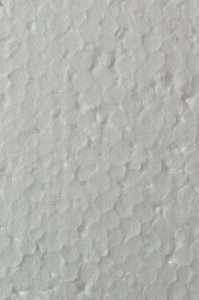 There’s a lot of debate on whether you can use styrofoam instead of perlite. On one hand, styrofoam is lightweight, it improves drainage, and does not decompose. Some gardeners even recommend using packing peanuts to bulk up the soil. As it’s non-recyclable, using it in potting mixes is an eco-friendly alternative to sending it to landfill.

It should not be used in outdoor gardening because it essentially adds more plastic to the environment. And because it’s lighter than perlite, it will easily blow away in the wind or wash away during watering. Styrofoam may seem like an economically sensible alternative to perlite, but its overall benefits are too few for us to recommend it.

What is the best perlite substitute?

It’s important to know not just what you can replace perlite with, but also when and where to use it. All houseplants benefit from adding perlite to the soil mix, but for garden use, there are more efficient alternatives. 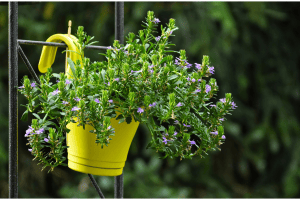 When deciding on the best substitute, consider several factors, such as water retention, nutrient values, air porosity, weight, as well as the pH requirements for your plants.

We’re sure that our guide will help you find the best solution for your plant growing needs! 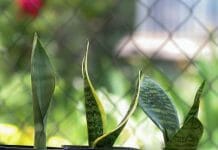 Sansevieria zeylanica – All Information at One Stop! 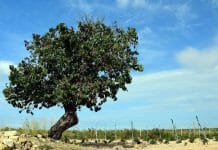 How to kill a mulberry tree? Ask a Gardening Expert 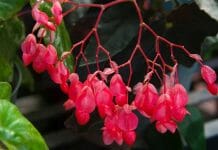 Angel Wing Begonia: A Timeless Classic Even Beginners Can Grow 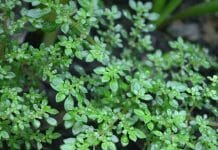 Pilea Microphylla: A Natural Beautiful Mat Covering for Your Garden