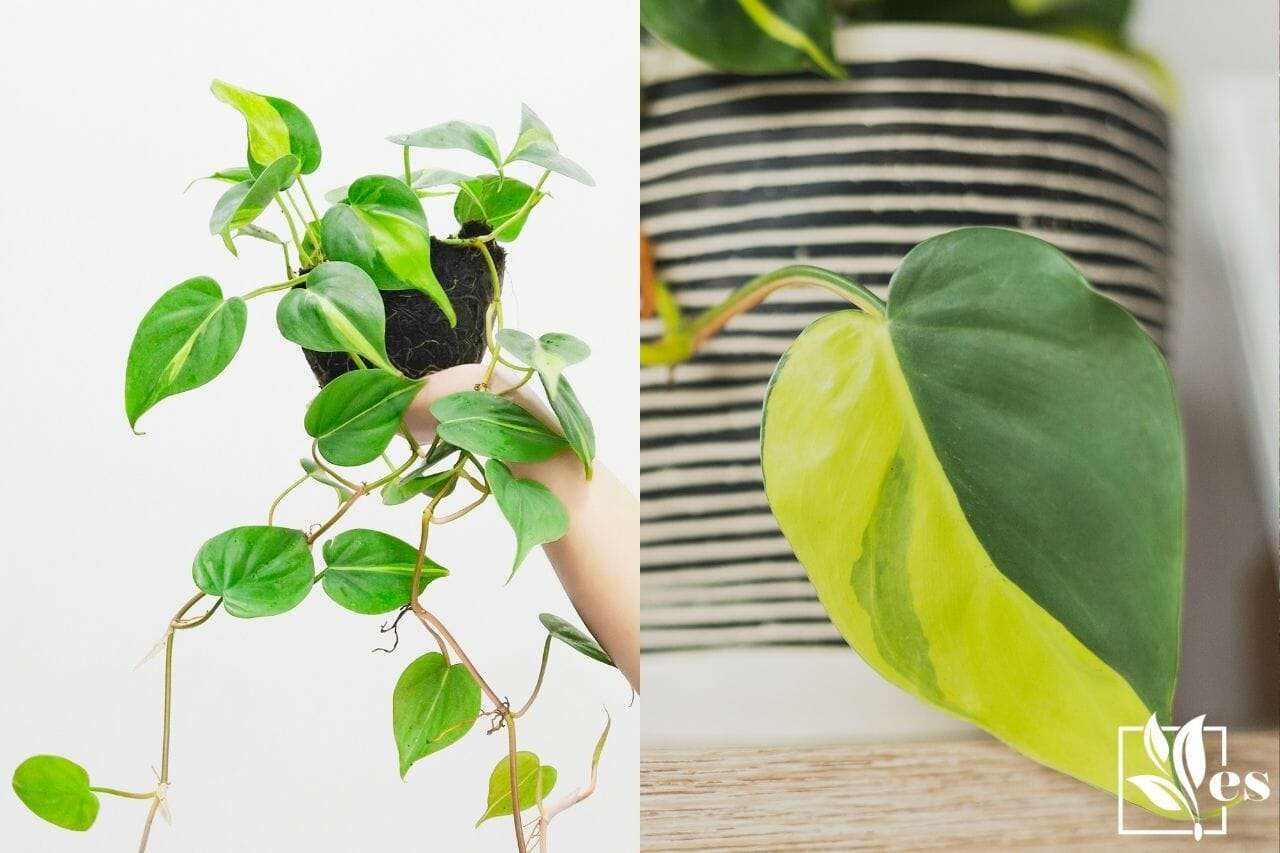 Philodendron silver stripe vs Brasil is a common point of contention between Philodendron lovers all over the world. Both these plants are exceptionally similar to each other, so what is it that makes one different from the other?

Read this extensive comparison guide to find out!

Philodendron vs Brasil: A Comparison

Want to learn about the few things that set both these almost twin plants apart from each other? Look no further because we have you covered!

What Is Philodendron Brasil Best For?

Philodendron Brasil is best for the busy bees who want to take care of a low-maintenance plant. It is also a great plant when it comes to providing health benefits and propagating.

Read more about all this in detail here.

– Easy To Take Care Of

The best thing about this philodendron is the fact that it is extremely easy to take care of. That makes them very popular among people who want houseplants but are too busy to take of the more demanding ones.

Simply take note that this plant should stay in a warm, bright and humid place. Water this plant only once the top three inches of the soil dries up. That is all! Seriously, it doesn’t get any better than this.

The brasil plant is very easy to propagate by yourself at home. This is especially important considering how rare this plant is. Propagating it might be your only option if you want to have more than one brasil plant decorating your house.

You can propagate it using either stem cuttings or leaf cuttings, then use potting media, water, or sphagnum moss as the nutrition medium for growth. Luckily, this plant also has a fairly high success rate when it comes to propagation.

Like most houseplants, the brasil plant too has numerous respiratory benefits. In fact, many people specifically seek this plant out for this very purpose.

What Is Philodendron Silver Stripe Best For?

This hybrid philodendron is best for a lot of things, the foremost benefits being that it is a widely popular ornamental plant as well as an effective air purifying unit.

You can read more about this plant’s best uses in the upcoming sections.

The best thing about keeping this plant is how low-key it is to keep as a houseplant. You don’t need to spend a disproportionate amount of time looking after it. This is what contributes to its great attraction amongst buyers.

You will only need to water this plant once every week or once every two weeks in summer. Choose any bright but shaded spot for them and make sure temperatures don’t dip below 55 degrees Fahrenheit.

Silver stripe plant is one of the most gorgeous houseplants out there, so obviously there is a great demand for them all over the world. These plants make great ornamental house plants. Any corner of your house where they are kept will surely catch attention in no time.

Philodendrons are among the list of plants that are especially best for carrying out efficient gaseous exchange through their leaves. They purify your air by removing carbon dioxide as well as some other toxins. In return, oxygen is released into the surrounding air.

According to some studies, the silver stripe also has the ability to purify toxins such as ammonia. It doesn’t get any better than this.

This plant is not just eye candy for your house, but it also boosts multiple health benefits as well. Read below to find out what they are.

These plants are great at improving the humidity of the room in which they are kept and grown. This is because they require misting or a pebble tray as part of their care regime.

Hence, they help alleviate conditions like skin dryness and respiratory difficulties. This property of theirs comes in handy especially during the dry winter months.

Did you know that the large, textured leaves of this plant also have the ability to catch and trap airborne dust particles? You will see a layer of dust form over their leaves every couple of days that can be easily wiped off. Meanwhile, you can breathe a bit lighter in a now-dustless room.

Do you have any more burning queries regarding these rare plants? Worry not as we have you covered.

Yes, this is a rare plant species and is quite hard to find. You will not just find it in any nursery that easily. That is why it is important that you propagate it yourself.

– Is Philodenron Brasil and Cream Splash the Same?

No, these plants have different leaf variegations: lime green for the brasil plant and cream for the cream splash plant. Both of these cultivars of the Philodendron species are very similar to each other. For novices and beginners, it can get very difficult to distinguish one from another.

Look carefully at the leaves of both these plants. You will see a marked difference in their variegations. The variegation running in the center of the brasil leaves is lime green or yellowish-green in color.

On the other hand, the line that runs through the center of the splash cream leaves is cream-colored. This is also where this plant gets its name from.

– Are Silver Stripe and Cream Splash the Same?

No, these plants have different-colored leaf variegations.

The splash plant is just another type of the heartleaf Philodendron, which is very similar to the silver stripe plant. The color of its leaves is dark green at the edges. This green gets lighter near the center of the leaf, and in the middle of the leaf, you will see a cream-colored running line.

The leaves of the silver stripe plant are quite similar in shape and size. Their green color is also pretty much the same. The only difference is that instead of a cream-colored line, a silver line runs through their center. This is the only way you can distinguish these two plants from one another.

– What Is the Difference Between Philodendron Brazil and Rio?

The main difference between these plants is that the rio’s leaves are bright green and rounded, while the leaves of brasil are yellowish-green and thinner.

The scientific name for the Philodendron rio plant is Philodendron hederaceum rio. Its leaves are heart-shaped, meaning they taper towards the tip. However, compared to the leaves of the Brasil plant, these leaves are quite rounded.

The central variegations on the leaves of the Rio plant are bright green, white and silver. This plant is also able to tolerate conditions of low light for a while. Comparatively, the heart-shaped leaves of brasil are slightly elongated and thinner.

Their variegations are more of a yellowish-greenish color, and these leaves don’t tolerate low light conditions as well as the former plant.

– What Are the Differences Between Philodendron Silver Stripe vs Rio?

The main difference between these two varieties of Philodendrons is in the pattern or order of the variegation of their leaves.

– Why Is My Silver Stripe Philodendron Reverting?

This plant might be reverting due to a lack of adequate sunlight. This means that its silvery variegations are disappearing and it is turning completely green.

The reason why this happens is that under low light, the plant finds it difficult to perform enough photosynthesis to make its food. This is why it starts converting its silver parts back to green so that it has more chlorophyll to start making food.

Improve your plant’s light conditions by placing it someplace bright. It will soon get better and the variegations will return.

The main difference between the Philodendron silver stripe and the brasil plant is that the former’s leaves are elongated and have a silver stripe running down their center, while the variegation in the brasil’s leaves is more lemon yellow in color.

The brasil Philodendron plant also has a higher growth rate than the silver stripe plant, as it can grow to be as tall as 36 inches in length.

They are very similar looking as well, having very minute differences in their pattern of variegation. Both these plants are best for keeping as houseplants as they have large leaves which means even more surface area for purifying the air in a room.

They are also best for improving the humidity around the house and relieving skin and respiratory dryness. With this comprehensive comparison guide at your disposal, you can now make an informed decision on which one to get for your home. 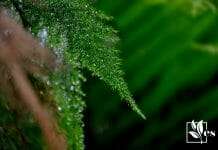 Crying Plants: Three Main Reasons You Have Them 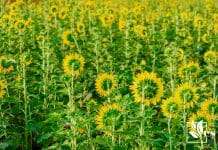 What Is Eating My Sunflower Leaves: 20 Common Pests To Repel 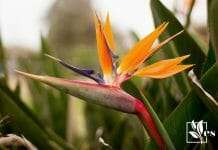