Plants that start with N are the ones that are naturally beautiful, having nice foliage, and nourishing to be around. Unless we are all learned in the art and science of botany, only a few of us know plant names that start with a particular letter. 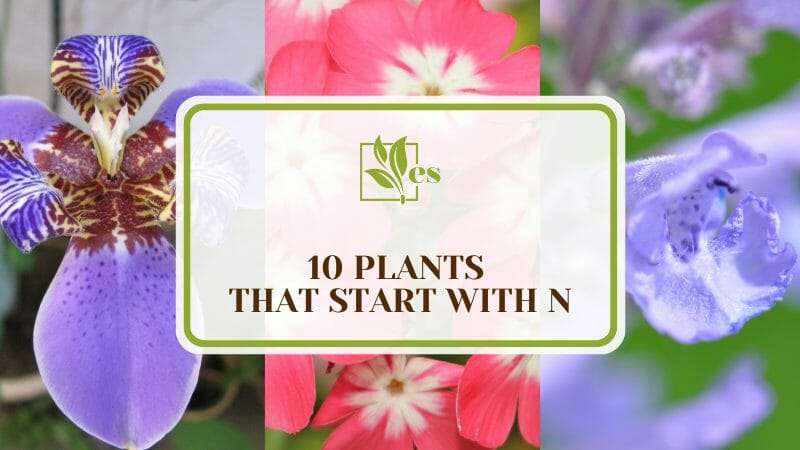 List of Plants That Start With the Letter ‘N.’

A species of blooming plant belonging to the Balsaminaceae family is called the New Guinea impatiens or Impatiens hawkeri. It is indigenous to the Solomon Islands and Papua New Guinea. It has been bred and hybridized to create a line of garden plants in a cultivation setting. 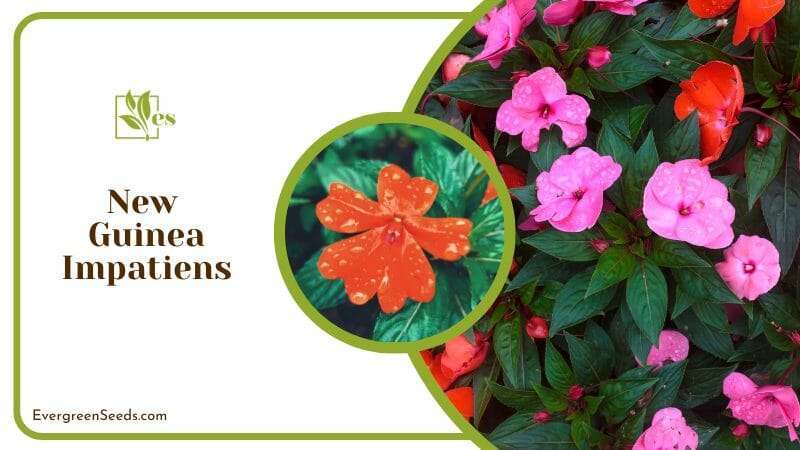 These tropical flowers offer gorgeous dark green or variegated foliage and spectacular multicolored petals, making them ideal for uplifting any shaded area. The nectar-filled spur also draws butterflies and other pollinators as a bonus. Which means you will get a lush, colorful garden, pretty butterflies, and other pollen-loving bugs!

Impatiens from New Guinea impatiens don’t spread, and this makes them ideal for slipping into tight spaces. If your garden is already bursting with plant life, and you want just one more plant to liven up the place, then New Guinea is perfect!

A magnificent and resilient garden plant, Vernonia noveboracensis or more commonly know as New York Ironweed is a tall, clump-forming perennial that blooms in the late summer time and nearly in early fall. 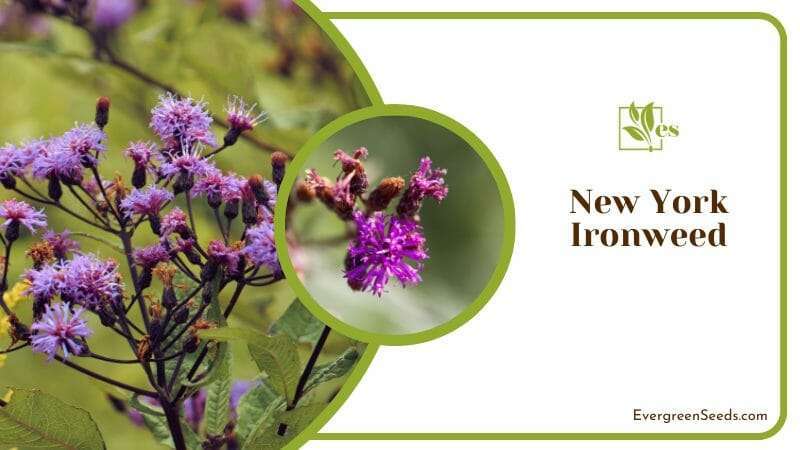 It has tiny, fluffy, profoundly purple, finely petaled flowers arranged in loosely branched clusters that measure three to four inches across. Up to 30 to 50 blossoms can be found in each spectacular flower head.

The blooms draw butterflies and are carried atop stiff, tall stalks with lance-shaped, deep green leaves. They are replaced by fluffy, rusted seed clusters that avian predators eat. A native meadow garden is a good place for New York Ironweed since it is a tall, thin plant, that thrives well there.

If you’re looking for something adorable and uncommon to look at in your garden, then the New York ironweed is your best bet. Overall, this plant is not only pleasing to look at, but also good for your garden’s biodiversity, as it attracts so many insects. Note that it is a truly a marvel to behold and to have in your garden.

Night phlox is also called Zaluzianskya Capensis, it can be one of your garden’s loveliest night-blooming blooms. It has a delicious perfume that mixes vanilla, marzipan, sweet orange, and honey when it is growing in large numbers. 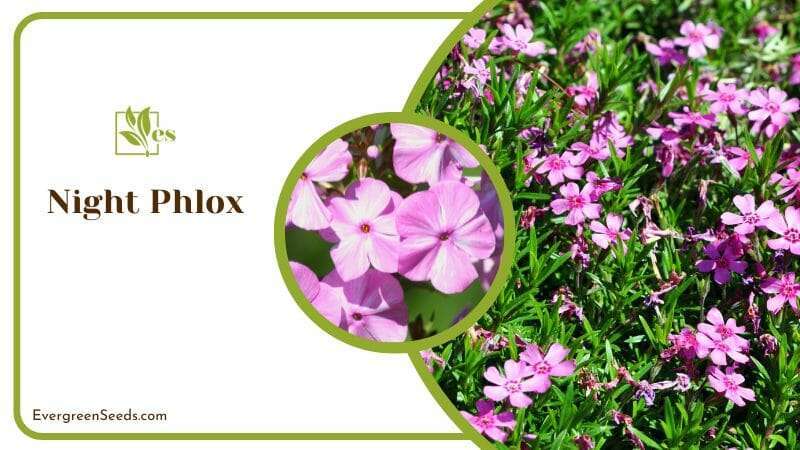 This plant smells so good that the blossoms may even persuade you to stare at them more. The backside of the clusters of white pinwheel flowers is lightly dusted with burgundy, making them appear even more whimsical and straight out of a fairy tale book.

This cute tiny flower blooms at night to release its fragrant scent, as its name suggests. The unique lobed petals frequently have a purple underside and a white top for dramatic contrast, while the lovely foliage adds charm during the day.

This low-growing alpine plant, native to Southern Africa, may overwinter in a frost-free region despite not being winter tolerant. In addition, the plant night phlox in rich, moist, well-draining soil and full light for the best results.

A species of flowering plant belonging to the Melanthiaceae family is called Trillium flexipes. It is sometimes referred to as the nodding wakerobin, bending trillium, or drooping trillium. It appears in isolated populations in New York, Pennsylvania, Alabama, and other states and is found from Minnesota to Ohio and south to Tennessee. 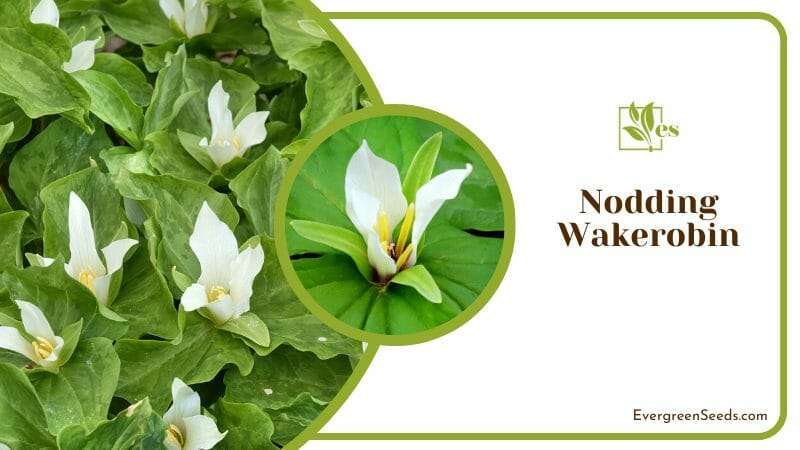 On their terminal crowns, nodding wakerobin flowers have three petals and bloom in the spring and summer. Depending on the variety, different flower colors frequently appear, such as white, yellow, pink, red, purple, and more. Some types of leaves are additionally patterned and variegated, adding to the beauty of the plants.

A nodding wakerobin is a fantastic option for ground cover plants because it can spread over a broad area in a garden’s shady sections. This plant is an incredible addition to any garden because the flowers start looking amazing when fully bloomed!

A species of bellflower, Campanula trachelium, is often known as nettle-leaved bellflower. It is a blue Eurasian wildflower that was once only found in Denmark and England but has now spread to southeast Ireland. It is also found along much of Europe’s southern border with Africa. 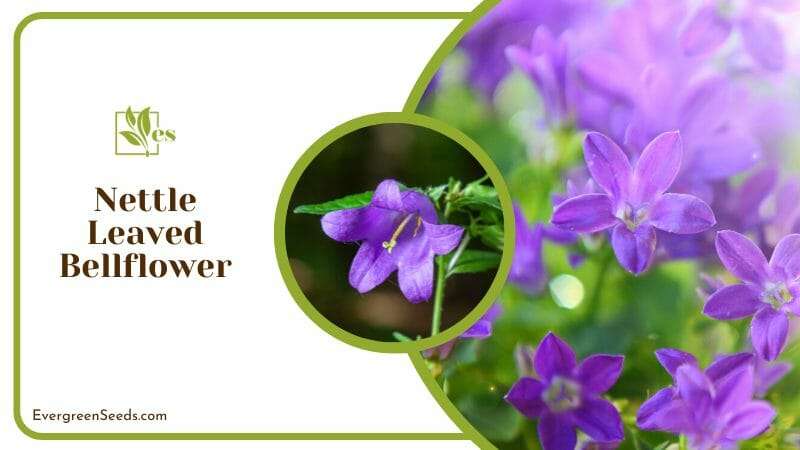 The conventional name for this upright perennial plant is most appropriate since its heart-shaped, serrated leaves resemble those of stinging nettles in appearance, however, it may be a little paler shade of green.

The 23 and 40 inches-tall plants have unbranched, square, hairy stems capped by a loose spike with bell-shaped blooms on one side. The five united petals of each unique bloom create a tall, drooping bell with a densely hairy interior.

As mentioned before, the Nettle-leaved bellflower is a native of Britain, but is a rare sight. Its decline may be credited mainly to destroying its preferred habitat, particularly the numerous ancient hedgerows.

Overall, this wildflower is still widespread in various regions of France on the continent of Europe. It has also been spotted in Denmark and, on rare occasions, far north as central Finland. Basically the trachelium’s spread stretches over much of Asia and into Siberia to the east.

The monkey puzzle tree is linked to the Norfolk Island pine, which is not an actual pine tree. In North America’s subtropical climates, which are best in USDA zones 10 to 11, it is frequently grown as a landscaping tree and indoors in other regions. 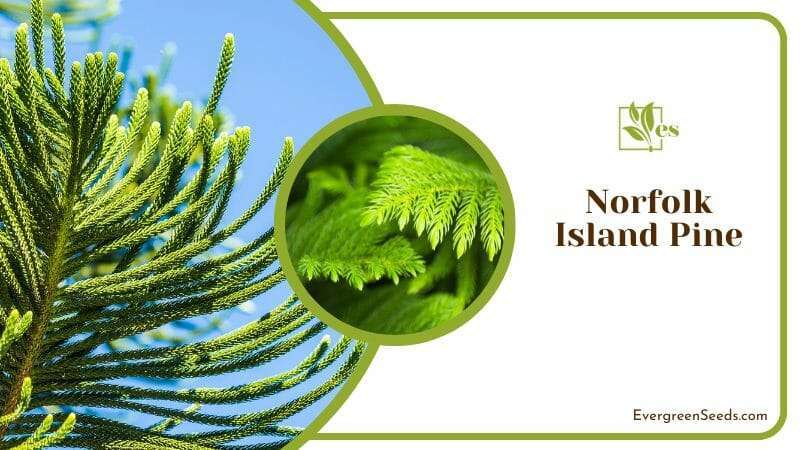 It has a straight trunk that can reach considerable heights and branches that are pleasingly symmetrical and covered in short, inward-curving needles.

The slow-growing Norfolk Island pine is widely planted as a live Christmas tree and is usually adorned with ribbons or decorations in other areas. Unfortunately, it is too frequent that the tree is thrown away after the holidays.

This is quite sad, as keeping the plant as permanent indoor foliage is simple. If you’d like it to be outdoors, you can plant it outside when the weather is warmer. Spring weather would be ideal for planting the Island pine tree outside.

Next on the list of flowers that start with ‘N’ Nepeta. Nepeta, or catmint, has rich purple spires that bloom in the early summer and are an important source of pollen and nectar for bees and other pollinators. 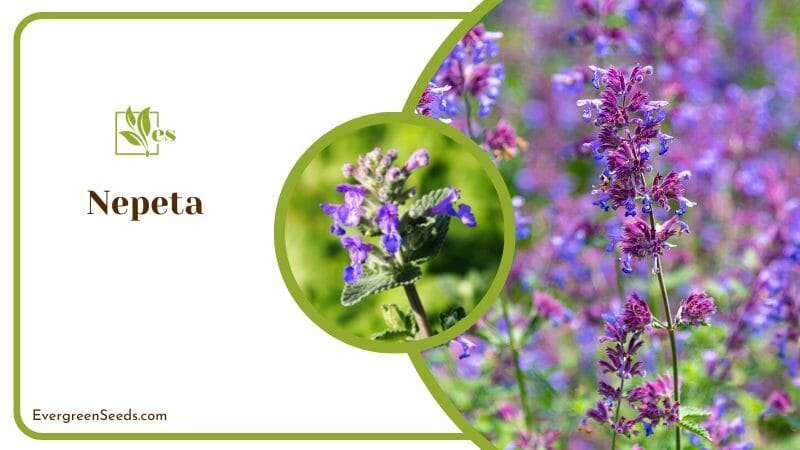 After flowering, the plants can appear slim as they swiftly spread outward from their springtime leaf mounds. At this point, shearing them back will promote a neater look if that’s what you want to achieve. Note that the shearing will also help bring the second cycle of flowers.

Even in harsh winters and poor soil, this resilient, long-lived plant is simple to grow. Nepeta prefers full sun, though, as too much shadow might lead to flopping. Nepeta cataria is the type of species of the genus Nepeta in the family Lamiaceae that is indigenous to southern and eastern Europe.

The Middle East, even in Central Asia, and parts of China. It is sometimes referred to as catnip, catswort, catwort, and catmint. It has become widely naturalized in northern Europe, New Zealand, and North America.

Various common names know Neomarica, but walking iris is the most popular. The stems of flower stalks bend to the ground as plantlets form at the top, giving viewers the impression that it is walking through a landscape. 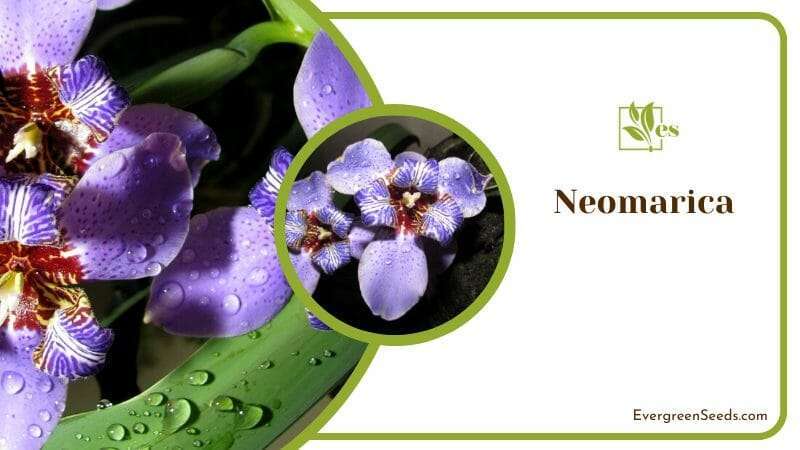 This clumping plant produces little purple, white, or yellow flowers, and long, glossy leaves. Neomarica resembles iris flowers, even though it is not a natural iris because of its curled inner petals and horizontal outer petals.

Neomarica loves wet soil and grows perfectly well in full to partial shade, while it can withstand various soil types. It is a native of Mexico and Brazil and does best in zones 9 to 11.

Most of these species require warm temperatures, high humidity levels, and enough water throughout their flowering season to grow. In the wild, they develop in subtropical locations with shade.

They originate from areas with very well-drained soil, they can also be found in a thick layer of forest debris. Such grounds are infamous for having low levels of “normal” nutrients like nitrogen, phosphorous, potassium, etc., and are red, acidic, and heavy in iron and aluminum.

Chile’s central and southern regions are home to the flowering plant species Nolana paradoxa, often known as the Chilean bellflower. It needs full sunlight and is a spreading half-hardy annual that grows to a height of nine inches. It is excellent as a ground cover or edger. In addition, the cultivar “Blue Bird” exists. 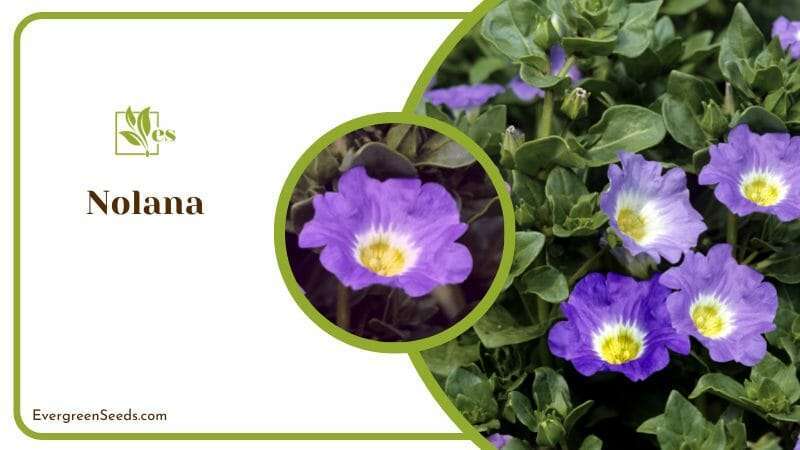 Nolana has blue, trumpet-shaped blooms, sometimes with yellow or white centers, and because of this, it is known as Chilean bellflower. This attractive ground cover has a modest growth rate and looks lovely planted along borders or cascading from pots or hanging baskets.

Nolana is simple to cultivate but can be hard to locate, so you should start it from seed. Plant before indoor sowing in full sunlight with well-draining sandy or gravelly soil. Keep in mind that it probably won’t require any more assistance once it’s set.

Last on our list of flowers that start with ‘N’. Nemophila is a genus of perennial plants of the Boraginaceae family. The 11 species, the majority of which have bell-shaped blue or white flowers, are from North America, especially the Pacific coast. 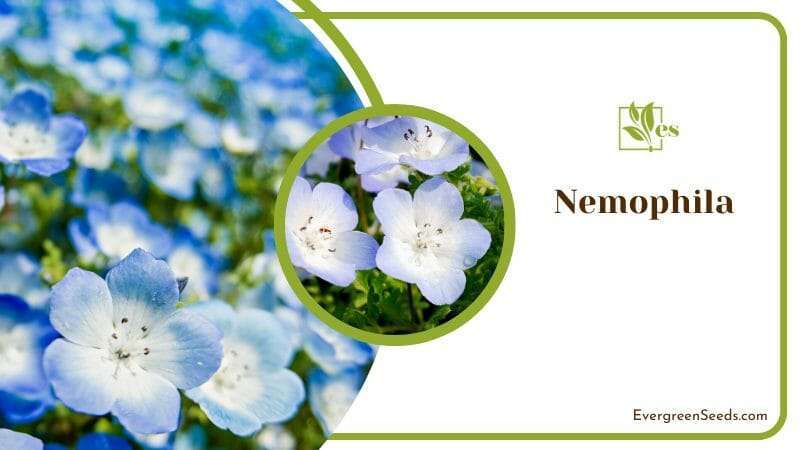 The five-lobed, wheel-shaped blooms, which can grow up to 1.5 inches in diameter, can be blue, white, or even have blue veins. The leaves have five to nine lobes each. They would sometimes be creeping like plants that have a 20 inches maximum height.

This low-growing plant, also appropriately named baby blue eyes, blooms from late winter to early spring with tiny blue flowers with white centers. Nonetheless, this flower draws pollinators as it blooms among the first in the spring.

There you have it! All the flowers/plants/trees beginning with ‘N’ broaden your knowledge pool and make you even more aware of the sheer number of plants we have on our beautiful planet!

All of them come from different varieties, and locations or even have different requirements, however, all of them start with the letter N. After learning of all these plants, especially the Norfolk Island pine, which one was your favorite on the list? Let us know! 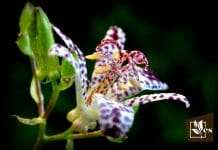 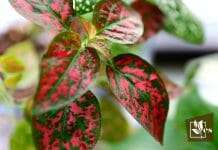 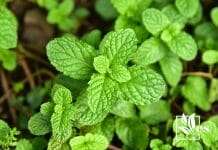