Plants that look like bamboo can be everywhere if you look around and focus on identifying them! But if you don’t have enough information, you may never notice these similar plants. 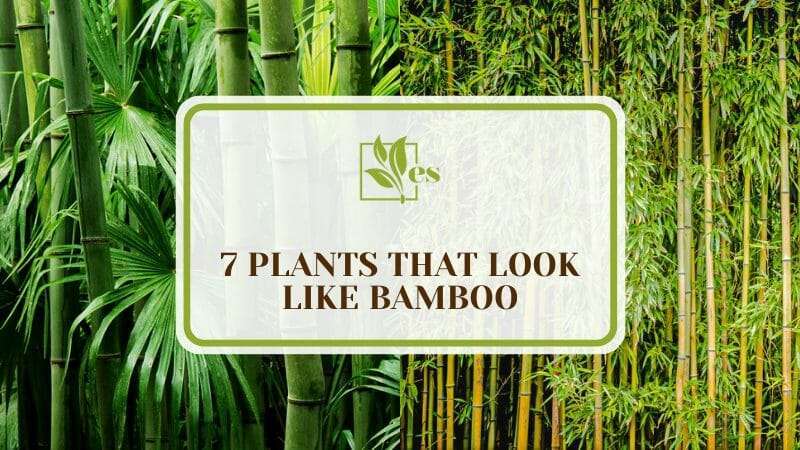 These unique plants add to the beauty of mother nature and exude a vibrant look wherever they are. But you need to know that while some help to beautify the home, others shouldn’t be placed near a home.

Read the full article here to know more about these plants.

You probably have one of these similar plants in your home or garden because a florist told you it’s a bamboo plant, but don’t have enough knowledge about them. Now, let’s learn more about these plants and whether or not they can be placed in your house or the garden, whether they are harmful or not if you can use them in house decor.

This is the first plant that looks like bamboo with the botanical name Dracaena sanderiana. You have probably seen this plant around you and only refer to it as bamboo. It is well known for its decorative function. 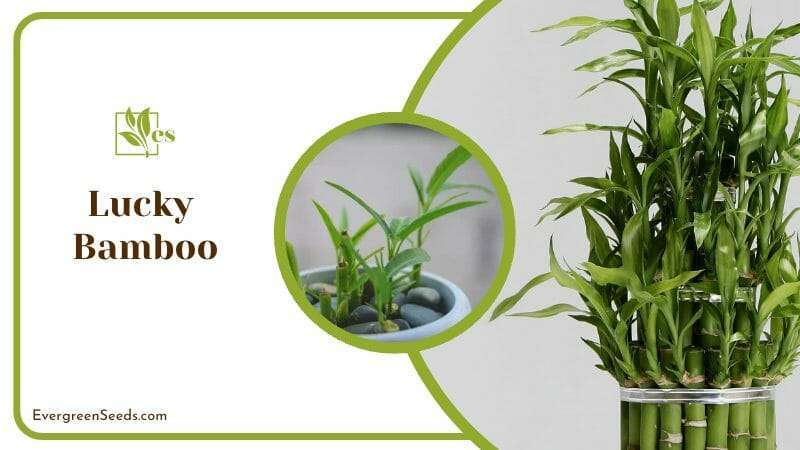 It also helps humidify the air creating a conducive environment wherever it is. Its presence exudes positive energy; with lucky bamboo plants around, you can feel high energy and enthusiasm all day.

Dracaena sanderiana has narrow leaves and segmented stems, making it look like bamboo. However, they are mostly related to the asparagus, a genus of plants within the flowering plant family Asparagaceae.

In the presence of very little light and water, growing lucky bamboo plant is stress-free. This is one of its amazing characteristics that makes it stand out from other plants grown in-door.

You don’t have to worry about it dying. It is an indoor bamboo, and it is also referred to as water bamboo because it thrives well in water. It is one of the house plants that look like bamboo.

In appearance, the lucky bamboo seems not too different from the true bamboo at a glance. With careful observation, there are distinctive differences that make you tell the huge difference, these include;

The height; real bamboo grows taller and faster than lucky bamboo. They are one of the fastest-growing plants in the world, growing as well as 90 feet compared to a lucky bamboo that grows on average.

Growth pattern; The two major types of real bamboo include; clumping bamboo and running bamboo. While the former maintains its growth pattern from its clump, the latter spreads and can be invasive.

Lucky bamboo is similar to the former’s growth patterns. It maintains a moderate growth rate and reaches a maximum height of 5 ft while growing 6-12 inches yearly.

Here is another plant you must have mistaken for a true bamboo. The plant is also called the lady palm with the botanical name Rhapis Excelsa, a small variety of fan palms. From its common name, Bamboo palm, it would need a lot of convincing to clear the misunderstanding that this plant is unrelated to real bamboo. 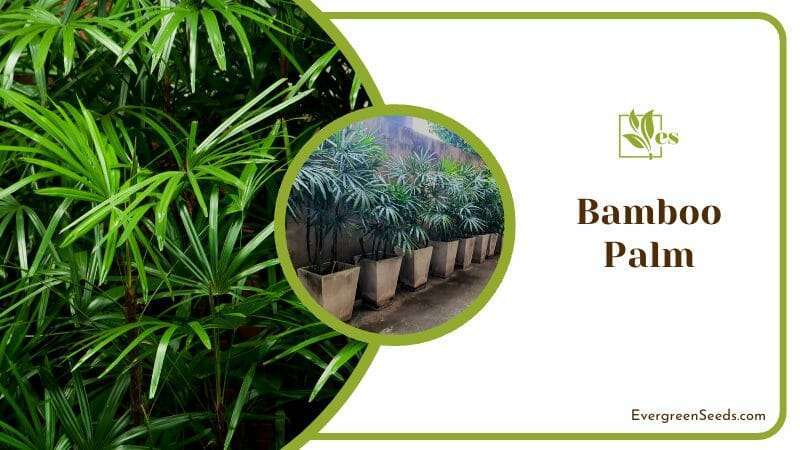 Rhapis Excelsa is very much similar to a true bamboo in appearance with its long lancet shaped-leaves, upright stems, and attractive narrow funds. Asides from their decorative function, they also help keep the air humid and clean.

They help absorb toxic chemicals and irritants in the atmospheric air, such as; benzene, chloroform, and carbon monoxide. Unlike lucky bamboo, the palms grow well in full shade and well-drained soil with zero tolerance for excess water.

The plants are also known as the Chamaedorea palms because of their similarity to real bamboo. It is a genus of 107 species of palms native to the tropical and subtropical regions of America. In terms of growth, the palm grows slowly.

This is a very popular house plant, Chamaedorea Elegant. It is a major example of bamboo type plants. It is a species of small palm tree native to the rainforests in southern Mexico and Guatemala. It is mostly cultivated as houseplants and in gardens. 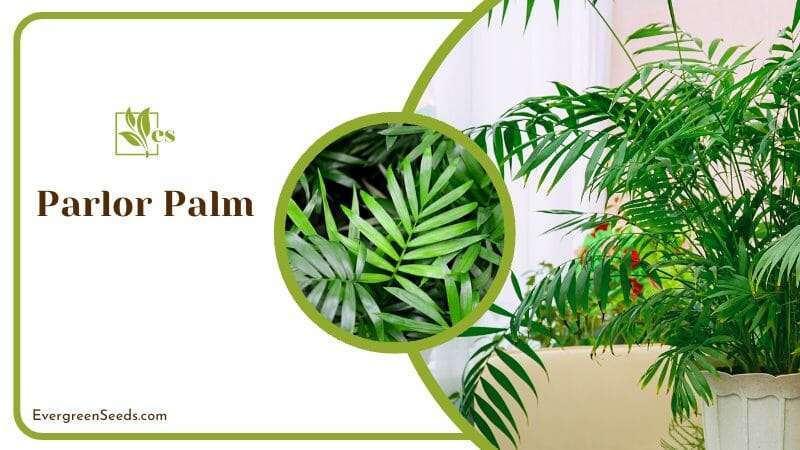 You probably have a lot of parlor palms around you but always refer to them as a bamboo plant. It has a low tolerance for low light and humidity but grows well in moderate to high humidity and bright light.

Parlor palms grow slowly and might take years to reach their maximum height of 13-16 ft which is rare. Compared to actual bamboo, parlor palms have compact fronds that grow from a clustered stem in an upright position. The leaves are darker green which makes them more beautiful and distinct.

The name Parlor Palms is derived from their interior function of keeping homes bright and beautiful. Whichever angle you place your parlor palms, they always make a good houseplant and transform your house’s interior.

Aside from this common name, it has several names; Elephant grass, Spanish cane, Wild cane, Carrizo, Arundo, Giant reed, Colorado river reed, etc. Whichever name you must have been familiar with, this plant is unrelated to the bamboo family. 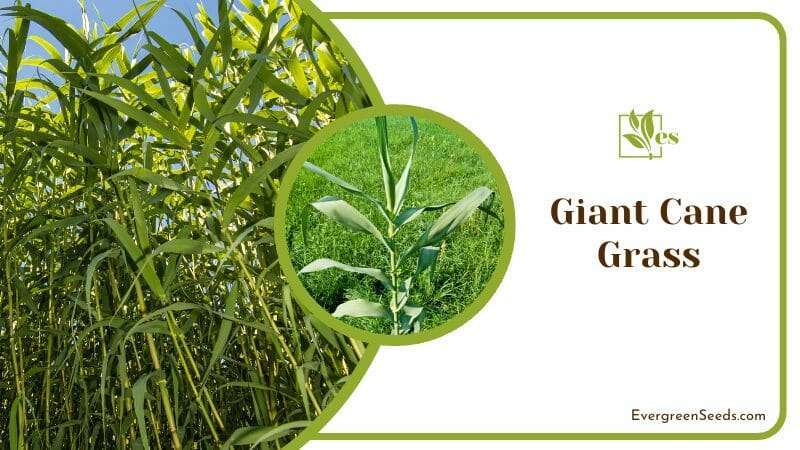 This bamboo look-alike plant with the botanical name Arundo Donax is well known for energy production and distributed in the southern United States. It is a highly invasive plant common along river beds.

It is rarely used as an ornamental plant as it poses a great threat wherever it grows but proven to be highly beneficial in the energy industry, where it is used as biofuel. They are highly flammable, modify river hydrology, and reduce wildlife habitat.

The plant is commonly mistaken for Arundo Bamboo because of its gigantic shape and appearance, which is similar to real bamboo. They can grow 20 ft; without a hard stare, you will always call this giant cane grass bamboo.

From a more observant look, Arundo Donax has less woody and soft stems and distinctive features that make it much different from genuine bamboo, so you can easily distinguish these two plants from each other.

It is also known as sacred bamboo with the botanical name; Nandina Domestica. This species of flowering plant is not similar to an actual bamboo in appearance, but from the name Heavenly bamboo, you would think it belongs among the bamboo plants. 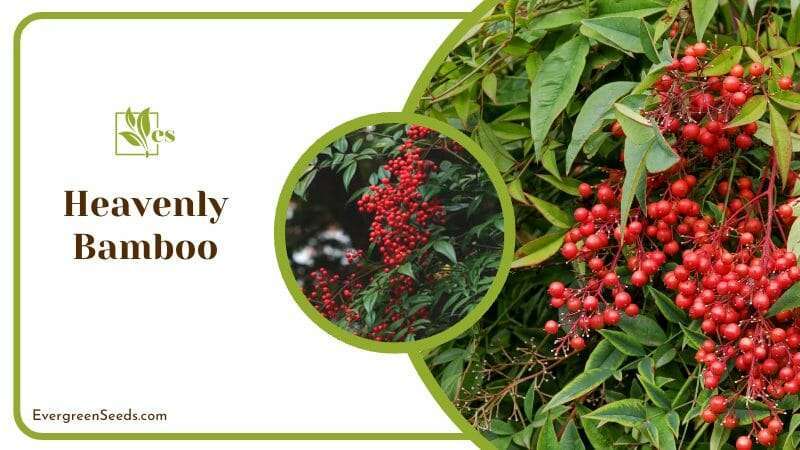 The plant is attractive and well-grown in gardens. Its bright and attractive foliage makes it well known as an ornamental plant. In spring, the young leaves of this ornamental plant are bright in pink or red before they turn green, while the old leaves turn red or purple before shedding off. Its parts are poisonous, not to humans but to birds and grazing animals.

This is because it contains compounds that decompose to hydrogen cyanide, a toxic compound to animals if ingested in excess. Asides from its beautiful changing colors that beautify the environment, Nandina symbolizes good luck to the Chinese. 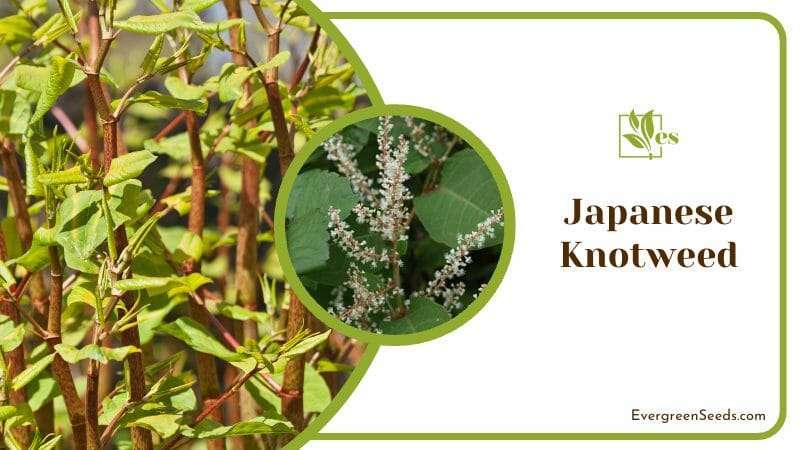 Japanese Knotweed is a perennial shrub that can be about 9 feet tall after maturation. It has simple leaves which are alternately arranged and are about 6 inches long. The flowers appear in clusters and are whitish in color. Japanese Knotweed has stems that look like bamboo forming a dense shape.

Apart from using it as an ornament, Japanese Knotweed is used as a herb to make medicine. It is used to treat sore throat, inflammation, cough, and other conditions.

The horsetail plant looks like mini bamboo. It is a perennial plant with stems similar to that of bamboo. The non-flowering plant reproduces through spores, unlike other plants that reproduce through seeds.

Horsetail plants have many species. The stems are long and hollow, making it look similar to normal bamboo. The stem segments have bristles on their surfaces. Also, the stem has leaves about 6 inches long, but you need to remember that they are non-photosynthetic.

Horsetail is used as an herb to treat various illnesses. It is used to treat ulcers, tuberculosis, kidney diseases, and others, and, in some cases, can act as a natural diuretic making it useful in treating diabetes. In addition to all the above, it also can improve skin health.

Bamboo plants are common in homes and wildlife habitats. These giant evergreen plants are often mistaken for other plants. But surely you wouldn’t have tolerated the majority mistaking someone that looks like you to be a part of your family tree.

You can have some of this bamboo look-alike around you, but now you can identify which is best to keep or weed off.

Whichever bamboo look-alike plant you decide to keep, make sure you remember which serves a decorative function and health benefit, as well as one that poses a threat. The important points from this article can always help. 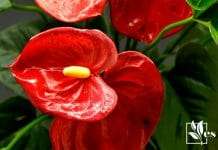 Anthurium Salgarense: Care of the Rare Yet Attractive Plant Easily 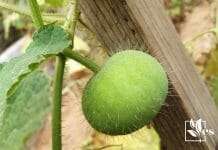 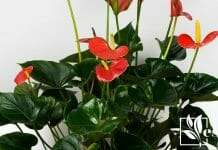