In an effort to dispel misconceptions, this article will wade into the pothos vs philodendron discussion.

You will likely notice many types of similar-looking plants at your local nursery or garden center sold under the names pothos or philodendron, and sometimes even both. This confusion is problematic for a number of reasons.

This article will discuss what you can look for to identify the differences for yourself.

Difference Between Pothos and Philodendron

We are going to start at the very beginning here and progressively get more complicated as we go, but that is the best way to discuss why a plant is a philodendron and not a pothos plant.

If you have already bought a plant and you are unsure if it was sold under the right name, this discussion will give you the answers you seek. By the end of this page, you’ll be almost as good at spotting the differences between these classic houseplants as a botanist.

Where They Come From

Before we dig deep into the scientific and physiological differences between these similar plants, let’s get one thing out of the way. Pothos plants originate in Southeast Asia, where they are frequently found growing in lush, tropical jungles.

Philodendron plants are never found growing with pothos plants in the wild. That’s because philodendrons all come from South America, Central America, and the West Indies. You’ll see that these two types of plants share many similarities, including their growth habit. Philodendrons, like pothos plants, also grow in tropical jungles.

Why Botanists Confuse Them

One of the main reasons many consumers get pothos and philodendron plants mixed up is because of the naming process. Scientists give names to species as they are discovered, often describing the plant according to one or two specimens.

It is very common for a species to look and act like one type of plant, only for it to be unrelated. It is quite common for scientists to review previous assignments of plant types and revise them into new groups. In some cases, the erroneous name becomes popular with the layperson, and the incorrect name becomes the “common” one. This is where the confusion between pothos and philodendron begins.

Selling Plants With the Wrong Names

Obviously, anyone in the business of selling plants wants to do the best job they can at accurately describing the plants they offer. Just like how it is easy for botanists to confuse pothos and philodendron plants, it is also simple for growers to mix them up.

You will likely find these plants mislabelled even at high-end nurseries. The best way to be sure that the plant you are buying has the correct name is to know the characteristics of each type.

Let’s get the boring science stuff out of the way so that you know what the various common terms are to describe these similar house plants. You will see how easy it is to confuse these plants when you understand how scientists identify them.

Both pothos and philodendrons belong to a large group of plants called Aracea, also called Aroids. At least 3,750 distinct plants belong to this family, including numerous species that are neither pothos nor philodendron plants. Plants in this group produce flowers on a stalk, called a Spadix. This is one of the key defining features scientists use to determine if a plant belongs in the family.

Another common feature of plants in this family is the ability to produce roots in the air. This allows these plants to climb obstacles like rocks and trees in search of nutrients, sunlight, and water. It’s also one of the reasons these plants are popular houseplants. Various species of pothos and philodendron use aerial roots differently. Science describes these plants as epiphytes, which means they grow on other plants.

Some species are strictly epiphytic, living their entire lives without ever touching the soil. Most philodendron and pothos species are hemiepiphytes, meaning they spend a portion of their life cycle growing above the ground but will eventually seek soil through adventitious roots. 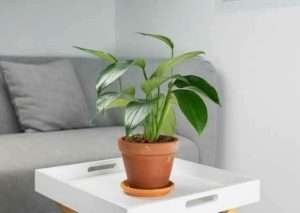 The key to identifying a philodendron plant lies in your ability to see the differences between other plants and recognize certain features. Let’s start by looking at the shape and structure of leaves in the philodendron group of plants to get an idea of common features. This will help you spot a philodendron the next time you are shopping for houseplants.

Leaves of the philodendron group are often large and have deep lobes or cuts. The area where the stem meets the leaf, known in science as the pinnate, is usually deep, which gives the leaves a vague heart shape. Here is one of the issues with the classification of the philodendron- juvenile leaves are almost uniformly a heart shape. Still, mature leaves can have radically different sizes and shapes from young ones. This makes it difficult to know that a young plant will grow into the expected adult plant.

One way you can tell the difference between philodendron and pothos is in the formation of new leaves. Philodendrons produce cataphylls, which is basically a protective leaf that encircles the growing leaf. Once the leaf has grown, the cataphyll dies and drops off the plant. Pothos don’t have this feature. 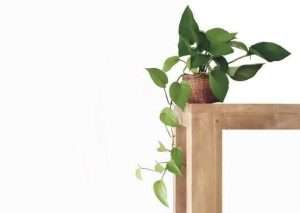 Pothos plants can be just as difficult to identify as philodendron plants. The biggest difference is that there are far fewer recognized species. You can learn to spot a pothos plant easily by understanding the features that the plant possesses.

An easy way to identify a pothos plant from a philodendron is by looking at the plant in the spring when new growth is apparent. Pothos plants will produce a new leaf without the cataphyll of the philodendron. When you have seen these features a few times, they stand out quite a bit and make the identification of very similar plants much easier.

The most obvious and accessible way to identify whether your plant is a pothos or philodendron is to look at the leaves. We have already discussed the shape difference and the manner in which leaves grow. These should be your initial tools for identification. Beyond that, you will learn to identify these plants by the texture and structure of the leaves themselves.

Side-by-side, the leaves of philodendron and pothos plants begin to look very different. The first thing you should notice when looking at both plants is the thickness of the leaves. You’ll see that philodendron leaves are thinner and have a softer texture when you touch the leaves. Pothos plants grow thicker, stiffer leaves that have a rubbery texture.

If your plant has thick leaves that almost feel fake, it is almost certainly a pothos. Thinner leaves might indicate a philodendron species, but you will want to do a little homework to verify that because there are several plants similar to philodendron.

You can also examine the point where the stem meets the leaf. This is pinnate, and it is distinctly different between the two types of plants. You’ll likely notice that pothos plants have a rounded or nearly flat area where the stem meets as opposed to the deeply shaped philodendron.

Understanding the Difference in Stems

A method of identifying pothos from philodendron that is often easy to overlook is the difference in the shape of the stem leading to the pinnate. The philodendron stem is more round, whereas the pothos stem is nearly a horseshoe shape. This difference can be subtle or pronounced, but you will quickly learn that all philodendron plants have round stems.

Another key difference is the color of the stems. Pothos stems will be the same or similar in color to the leaves. The stems of philodendron plants are more brownish on mature leaves and have an orange hue on juvenile stems. You will not see this coloration on pothos, but you may see it on other plants that are neither philodendron nor pothos but are instead a different Aroid.

Pothos aerial roots are easy to spot. At the base of a leaf node, when growing conditions are proper, you will see a single nub. This is the aerial root, and the pothos will grow only one per node. When you examine the aerial roots of a philodendron, you find thinner aerial roots that grow in groups of two to six.

Philodendron roots are thinner, more spindly, and function differently than those of the pothos. Philodendron aerial roots seek nutrients and moisture, while pothos are only in search of water.

Differences in Caring for Pothos and Philodendron

One of the best bits of news if you are unable to identify the difference between your plant and others is both pothos and philodendron have nearly identical care requirements. Both plants require a fast-draining potting mix that allows air to get to the roots, and both will benefit from a mild fertilizer applied in the growing season.

Both types of plants are warm-weather species that can’t survive in cool temperatures below 50 degrees. These plants are both light-loving varieties that must be kept out of direct sunlight to prevent burning and won’t grow well in dim, shady locations. Virtually all problems common to pothos plants are equally an issue with philodendrons, so you can essentially treat the plants the same.

It is a good idea to learn the signs of problems, particularly the effects of too much water and light, because these are the common causes of failure regardless of whether you are growing a pothos or philodendron plant.

In general, philodendron plants will require more frequent water and more light exposure than pothos. When you understand what to look for when caring for your plant, you will easily adjust conditions so that it is perfect.

More often, though, you may buy a plant that you think is a rare variety, and it just isn’t. As disappointing as that can be, it is no reason not to love your plant. Proper care can help you grow magnificent, interesting, and healthy pothos or philodendron plants. 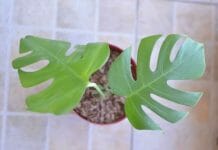 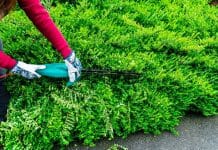 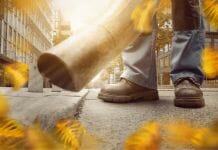 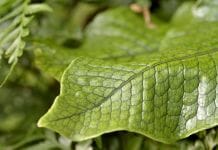