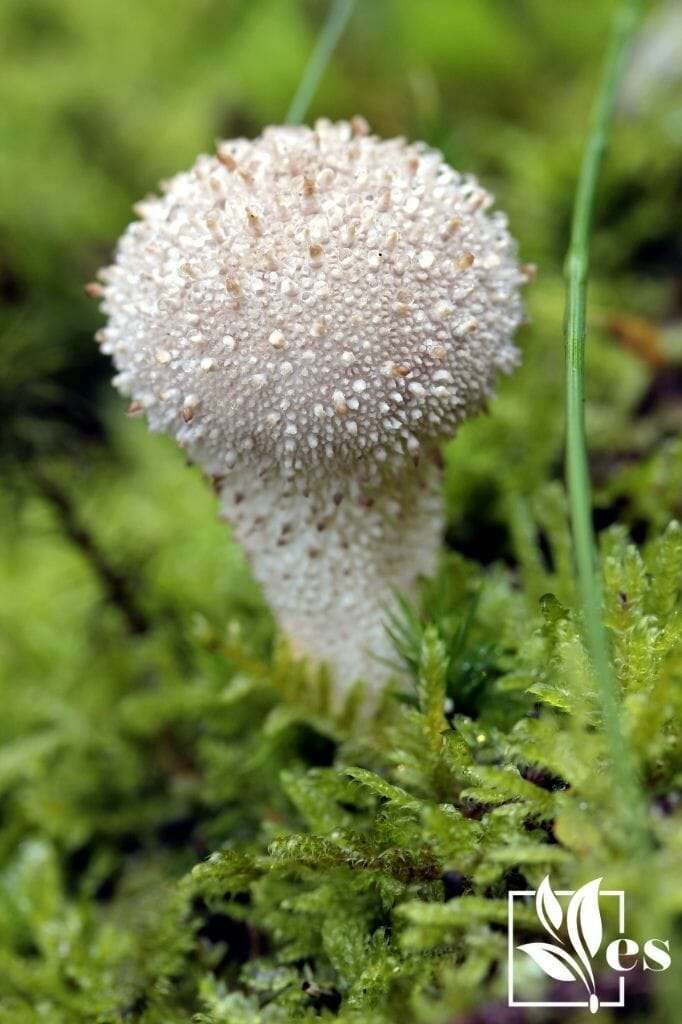 “Is puffball mushroom poisonous?”, if you have this question in mind, then this article is just for you!

This article will teach you everything you need to know about these odd fungi, including where they grow and how to recognize them. We will also go over which ones are edible and which ones you must steer clear of.

No, the puffball mushroom is not poisonous. The Puffball Fungus (Genus: Calvatia, Bovista, and others) is a popular mushroom that may be easily identified, and most of its species are perfectly fit for consumption.

However, it does contain several extremely toxic look-alikes, such as young destroying angel and death cap mushrooms that can send you rushing to the ER within minutes of the smallest bite!

Puffball fungi are classified into several kinds, most of which are small (less than 3 inches), although one huge puffball can grow up to one foot in diameter and is edible.

Puffballs may be distinguished from their dangerous counterparts by cutting the mushroom in half. If there are no patterns, marks, colors or anything other than pure white on the inside of the edible species of this mushroom, like a marshmallow, and especially if there is no evidence of gills, then you know this mushroom is not poisonous.

Equipped with this knowledge, you can now go out and enjoy mushroom hunting for giant puffballs without fear.

As previously stated, the puffball group is more or less characterized by appearance, hence puffball clones are presumably puffballs. Conversely, the puffs may be defined very narrowly (for example, only comprising the Calvatias and Lycoperdons), in which case groups like the earth balls would be confused for mushrooms too.

Sometimes, even slime molds have a ball-like form and can be confused for puffs. The biggest caution you must keep in mind is that the only way to be sure no false puffball mushroom makes it into the mushrooms gathered is to slice open each and every one of them at hand.

This is because many of these poisonous species are encapsulated by circular tissue that makes it so they look uncannily like puffballs. Making a mistake with species like Stinkhorns will not cause you too much trouble, since they are edible, even if not the most well-liked.

Neglecting to check Amanita eggs, on the other hand, can be catastrophic since this genus has some of the deadliest mushrooms in the world.

Most Common Types of Puffballs

You may find a lot of conflicting information on the web since some writers persistently talk about puffballs as if they are all the same species. In reality, there are several kinds, and it will do you well to know some of the more common types individually by name.

All of the following species of puffballs are edible, but keep in mind that once their spores begin to mature, they are no longer fit for consumption.

Of the two species of giant puffballs, this one is better known and can be found quite easily since they are pretty widespread. The shape and size of this puffball are roughly the same as a soccer ball or sometimes even bigger.

Its surface is usually smooth and white, but once in a while, you may find a puffball that has wrinkles and lobes. This variety of puffballs does not have any stalks.

These easy identifiers, once the mushroom is fully grown, make this species of giant mushroom difficult to mistake for something else.

The flavor of this mushroom is not its best quality, but it is still mildly pleasant and can be used in a number of ways. Usually, the mushroom is dried and crushed to a powder to be used in soups and sauces.

As its name suggests, the common puffball is another species of puffball that is well known and easily forageable in that they are everywhere. While a lot of imposters of this mushroom are out there, no puffball mushroom poisonous look-alike exists for this common fungus.

This mushroom is relatively smaller in size, growing to about two inches across only at full growth. It is white, or some shade of white, and is often coated in mini spines and warts.

You may hear warts and spines and picture an ugly fungus, but in reality, these very features give the mushroom its unique effect of encrusting crystals. These crystal-like structures are the sources of its second common name, the gem-studded puffball. As the mushroom ages, these “gems” will begin to fall off, leaving behind a surface that is textured like lace.

Most foragers are not eager about this variety of mushrooms. However, when being used for culinary purposes, peeling away its tough exterior to uncover the younger interior and cooking it well can yield mouth-wateringly good results. Omelets using this mushroom are a highly recommended dish.

As its name suggests, the shape of this mushroom is strikingly similar to a pear, an upside-down pear to be exact. Just like the previous species we discussed, this mushroom also has surface warts when they are young, but these are smaller and much less obvious than other mushrooms.

When young, the surface of these mushrooms is white, but age turns this puffball mushroom brown. When a pear-shaped puffball has begun turning brown, know they are too old to be edible. The pear-shaped puffball is especially peculiar in that the only place it grows is deadwood. For this reason, it also goes by the name stump puffball.

If you see one growing from the ground, there are two possibilities:

Like the others before it on this list, the pear-shaped puffball is not particularly well-liked in terms of its flavor. The flavor is redeemable, however, if it is peeled and cooked well. If you are considering cooking with these, a good tip is to saute them with onions. You can easily find small puffball mushroom recipes all over the web.

Yes, you read that right, this mushroom does have spores that turn purple when the puffball reaches maturity. But as exciting as it may sound, purple spores are something you definitely want to avoid. Like most other species, the edible timeframe of the purple-spored mushroom lasts only until its interior is still white.

When young, this mushroom is round in shape, but this changes as the age of the fungus increases. With age, it develops a narrow base which gives it the look of a bread loaf or muffins.

Of all the mushroom species on this list, this one is considered the best taste-wise. It’s large, but not so big it becomes difficult to work with; its skin is either white and smooth or brown and textured.

Are Puffballs Beneficial for Health?

While the benefits of mushrooms in terms of health and nutrition are not so widely studied, we do know of one health benefit that comes from eating mushrooms of the genus Calvatia.

In puffballs of the Calvatia genus, a chemical by the name of Calvacin is abundantly found.  This chemical is currently under study for its antitumor properties which can act as or can be used in cancer treatments.

Culinary Use of Edible Puffballs

Puffballs have a faint mushroomy flavor that is not overpowering; others even describe it as earthy. They can be substituted for eggplant in dishes. Because they have a similar feel to tofu, they are an excellent addition to soups. Cooked, roasted, boiled or fried in butter are all traditional preparation methods for this mushroom.

Although they can be frozen or dried, they are best eaten right after harvest, which is possibly why they are not a popular store item.

– Can Mushrooms Be Washed?

Cleaning the inside of a mushroom with water is not recommended since it has sponge-like properties and is quick to absorb water and get mushy; however, if you are concerned about dirt or germs, all you have to do is remove the skin instead.

The primary risk associated with puffballs is the chance that to the untrained eye, an Amanita egg may look like a puffball, and a forager may end up eating said eggs. Based on the species of Amanita, this could be a deadly mistake.

This is why anyone wishing to forage for some puffballs must first do their homework and learn all the ways puffballs can be distinguished from Amanita eggs. The earthball is another group that may get mixed into the edible species of puffballs if you are not careful enough, and these too are highly toxic, but not deadly.

– How To Tell Them Apart

The main way to tell earth balls apart from other puffs is that the former have a firmer body and spores that begin darkening much faster than the rate spores darken in puffballs. Most puffballs are only fit for consumption when they are young, and as the white spore mass begins to give way to brown ones, the leftover taste is not something anyone would enjoy.

Finally, it’s crucial to note that the popular belief that all puffballs are edible is not entirely true. Apart from earth balls, there are many types that simply taste awful, some that are normally safe to eat but cause discomfort in certain people, a couple that can accumulate harmful metals, and some whose edibility is still under question.

Even in a group such as puffballs that contains a huge number of distinct-looking edible species, knowing exactly which species one is eating is essential. 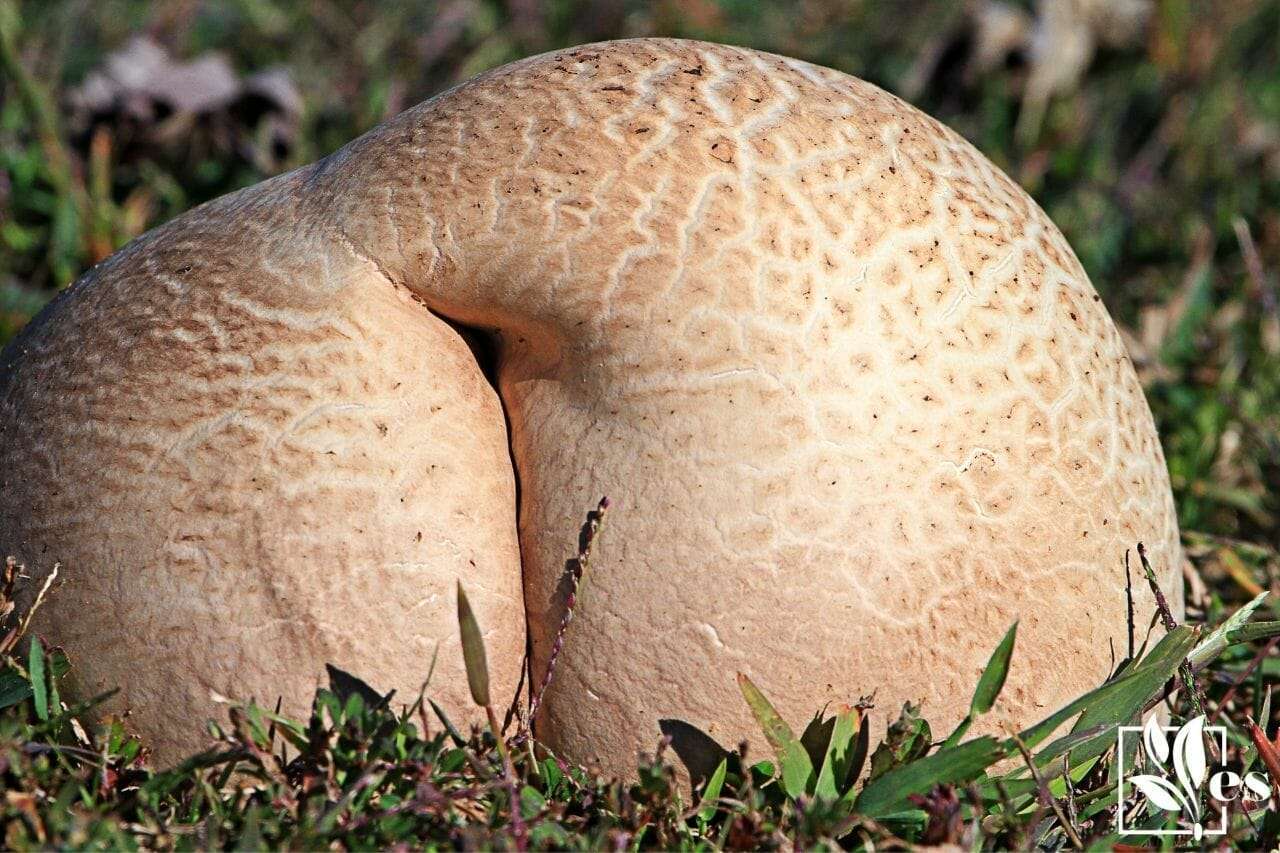 Here is a brief summary of this article for your review:

So as long as you follow the identifying criteria laid out in this article, this could be a terrific wild edible to add to your collection.

Are ZZ Plants Toxic to Cats? Know How This Poses a Risk 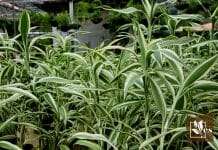 Can Spider Plants Live Outside: Grow the Plant Outdoors

Can Pothos Live Outside? Quick Guide To Outdoor Gardening