Tillandsia harrisii is an aerial plant from the Bromeliaceae family. The German botanist Renate Ehlers discovered it in 1878 in Guatemala, where it grows as an epiphyte in mountain forests at an altitude of up to 1640 feet. 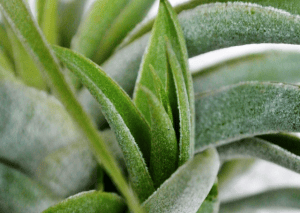 The attribute “harrisii” in its scientific name was coined after the passionate collector of aerial plants, American Bill Harris.

Like all other aerial plants, it takes moisture and food directly from the air in the environment, and therefore it does not need soil and pot in which to grow.

What Is Tillandsia Harrisii?

Tillandsia harrisii is a small aerial plant with thin and elongated, silvery, pointed leaves that form a dense rosette. It can grow about 6 inches in height and has stems that are about 16 inches long.

Once in its lifetime, tillandsia blooms with beautiful funnel-shaped purple flowers surrounded by red, smooth bracts. The flowers are clustered in an inflorescence that rises above the rosette up to 5 inches. The purple flowers create a striking contrast to the gray leaves.

– How Does Tillandsia Harrisii Grow Without Soil?

Tillandsia harrisii belongs to a unique group of plants called aerial plants. Their leaves are covered with tiny structures named trichomes and look like needles or scales. Thanks to trichomes, these plants absorb moisture and even food from the air. Therefore, aerial plants do not need soil to grow.

In this process, Tillandsia harrisii recycles harmful air elements, making it a highly valued air purifier. In addition, the trichomes reflect the light as some small mirrors, giving the unusual silver-gray color to the leaves.

Despite its unusual appearance and structure, growing Tillandsia harrisii ​​is surprisingly easy. It is very adaptable, tolerates various indoor conditions, and does not require any particular ambiance.

In the USA 9b to 11b climate zone, Tillandsia harrisii can be grown as an outdoor plant in the garden attached to the bark of a tree or as part of a flower arrangement. In other areas, it is mostly grown indoors to protect it from low temperatures during the winter. The minimum that these plants can tolerate is 40 F, but the optimum temperature at which they grow well is in the range of 50 to 90 F.

If you live in a continental region, you could take Tillandsia harrisii outside during the summer months. It will enjoy fresh air placed on the balcony or in a shaded place in the garden.

When the night temperatures start to drop below 40 F, it is safer to bring it into the house. Although it can withstand temperatures close to freezing for several hours, it is better not to risk it.

Tillandsia harrisii does not grow in a pot with soil, so you cannot water it classically. However, this does not mean that you can just leave it to itself. The moisture level in the air might be enough for it to grow, but it is still better to make sure that it does not lack water.

Here are a few ways to make sure your plant is not thirsty.

Misting is an easy way to provide extra moisture for your Tillandsia harrisii. Use a bottle with a fine spray that turns water into haze to avoid large droplets remaining on the leaves for too long. Depending on all other factors, such as room temperature or sun exposure, you can apply the procedure two or three times a week.

The other way to provide water for your Tillandsia harrisii is by submerging it. This method is beneficial if the plant is attached to a substrate prone to moisture retention and the development of fungal diseases.

Instead of misting, if the medium to which it is attached allows it, immerse the plant in a container with water two to three times a week, avoiding wetting the mounting object.

If your Tillandsia harrisii is not attached to a mounting object, you could separate it and put it in a bowl of water. Leave the plant submerged in water for at least one or two hours. Afterward, take the plant out, turn it upside down, shake it to drain any water that may have remained inside the rosette, and put the plant back in its place.

Tillandsia harrisii can be very sensitive to the salts and minerals in tap water. Even if you allow the water to sit in an open container for a few hours, it is not enough to remove harsher chemicals such as fluoride. If you live in an area with hard tap water, we recommend using distilled, reverse osmosis, or rainwater instead.

Tillandsia harrisii needs as much diffused light as possible and can withstand even direct sunlight, except for the bright midday sun in the hottest summer months. The plant grows in nature attached to the bark of tall trees whose canopy protects it from direct sunlight. Therefore, you can keep it close to the east or west window because the mild morning or late afternoon sun will not harm it.

Proper lighting is particularly significant in winter when the day naturally shortens. In winter, you can keep Tillandsia harrisii on the south window. Although winter is a dormant period when the plant slows down its metabolism, additional lighting will help it gather more energy for new spring growth.

If there is not enough natural light in the room where you grow Tillandsia harrisii, you can replace it with artificial light placed above or below the plant at a distance of at least 7 to 15 inches so that the heat does not damage its leaves.

In addition to responding well to this kind of illumination, the light refracted among its silver leaves will create a stunning display in your home.

Tillandsia harrisii needs additional nutrition as most houseplants that grow in soil. Of course, due to its specificity, feeding Tillandsia harrisii looks a little bit different. You can add liquid, balanced fertilizer to the water for misting the leaves once or twice a month, from spring to autumn.

Most plants do not need additional fertilization when the fall and winter come, but Tillandsia harrisii does. You could fertilize it even then, but not more than once a month.

Nowadays, there are dedicated fertilizers on the market tailored to the specific needs of aerial plants. Their composition is carefully selected, so if you have the opportunity, it is safest to get such fertilizer and use it to provide all the necessary nutrients.

Standard fertilizers intended for plants that grow in soil are not fully adapted to Tillandsias harrisii, and in an inadequate application, they can cause more harm than good.

Tillandsia harrisii needs moderate humidity in its surroundings. It means the plant feels good at the standard range of 30 to 50 percent. It is an adjustable plant and can withstand higher or lower value and even very dry air if you spray it regularly.

The circulation of air in a room is as significant as its humidity. Stagnant air slows down the drying of tillandsia leaves after misting or other forms of irrigation, which can cause the development of fungal infections and diseases. On the other hand, too strong airflow will dry the leaves too quickly, leaving the plant thirsty or having twisted leaves.

Tillandsia harrisii blooms only once during its life cycle. It takes several years for the young plant to mature fully and produce flowers. Contrary to the common belief that the Tillandsia harrisii dies after flowering, this period only marks its old age.

By flowering, the plant fulfills its reproductive function, after which two or three offsets, called pups, appear next to its base. However, the plant will not wither immediately after that and may last for several more years, gradually giving fewer new leaves until it dies.

When flowering stops and the offspring appear, continue to nurture the plant as before. Leave the offspring to grow next to the mother plant until they reach at least a third of its size when you can separate them and treat them as individual plants or leave them all together to get a richer clump.

If you have an adult Tillandsia harrisii that has bloomed and given some offsets, you can propagate the plant by separating the offspring from the parent plant.

Here is the process:

If some leaves fall off from the main plant or the bud when separated, do not worry because it will not harm them. Also, if your Tillandsia harrisii has several offsets that you want to use as new plants, do not separate them all at once.

When you take one pup, wait for two or three days to take another one. This way, you will ensure that the mother plant will go through this process without damage.

Problems You May Encounter

Tillandsia harrisii ​​is a durable and healthy plant that does not require much time and attention. Problems that can occur during its cultivation are mainly related to improper care or unfavorable conditions in which it grows.

The brown, brittle leaves suggest that the plant is suffering from a lack of water. If you notice such changes, immediately soak the plant in a bowl of water and leave it for at least an hour to absorb enough water to recover and make up for lost moisture.

Under optimal growth conditions, tillandsia leaves are slightly arched. If the leaves of tillandsia start to curl, the plant is thirsty. Fortunately, the deformation is temporary, and as soon as the leaves get a sufficient amount of water, they will return to their natural, original shape.

The deformation indicates excessive watering. Even though additional irrigation is part of the standard care of tillandsia harrisii, be careful not to be too enthusiastic and do not overdo it.

When you notice dark spots, often with a yellowish edge on the tillandsia harrisii, you could be sure that the plant has the fungal disease caused by excess moisture.

For the next few days, do not mist the plant. If that is not enough and the fungus does not disappear, you could treat the plant with some of the standard fungicides infused with houseplants.

– Pests and How To Handle Them

Tillandsia harrisii is not prone to pests. Even if they appear, they do not remain for long due to frequent misting or soaking of the plant. Of course, sometimes, some bugs may survive those measures and settle down on your plant.

If you notice these uninvited guests, such as mealybugs or aphids, give your plant the additional treatment by spraying it with isophotal alcohol or neem oil solutions.

Let us summarize the conditions required for the cultivation of the Tillandsia harrisii plant:

Tillandsia harrisii is an unusual, beautiful, undemanding aerial plant that is easy to grow and even easier to propagate. The fact that you do not need a pot and soil for its cultivation opens up countless possibilities and encourages creativity.

No matter where you display it, in a terrarium, hung on the wall, or attached with wire or glue to a stone or shell, this plant easily fits into any space and always attracts views. Therefore, it is not surprising that it is one of the most popular and sought-after indoor plants. 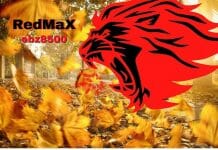 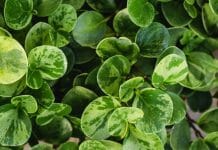 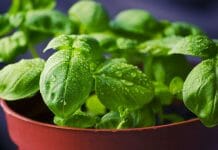 What Is Eating My Basil? The 9 Main Offenders 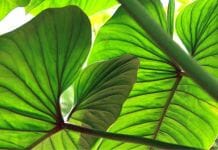 How to Keep Your Philodendron Serpens Happy and Healthy: A Complete...