Plants that look like aloe vera are common household plants. Over the past few years, people have been familiar with the plant’s use for its various medicinal properties.

The Aloe family and some plants are similar because of plant habits and structure. However, no matter the similarities, plants are different from one another. Read the full article to find out more about aloe alternatives.

Check out below plants that look like aloe vera and find their characteristics.

Because of some similarities, it is easy to confuse agave plants with the aloe family. The agave species has succulent leaves. They are thick with pointed ends for protection against harsh weather, making them look like those of the aloe family. 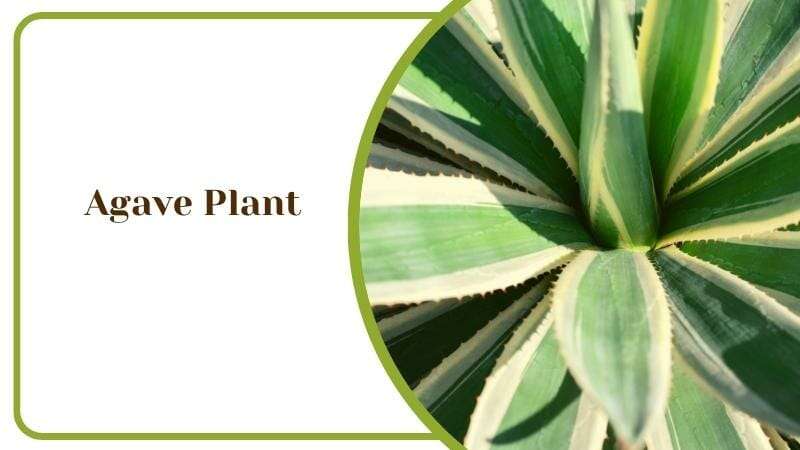 Also, it has fibrous roots similar to the aloe family, which makes them attach itself to hard surfaces where it can create a good support system. This feature enables them to survive periods of drought without water. Most species of agave, especially the agave striata species, look like the aloe vera plants.

Below are other features of the agave plant:

The major similarity between the aloe plant and ariocarpus is their leaves. Ariocarpus, a cactus without thorns, has triangle-shaped leaves. When closely observed, the leaves have warty protrusions, which are densely located. It looks small with succulent leaves, making it succulent. The leaves’s margins are smooth, and it does not produce flowers. 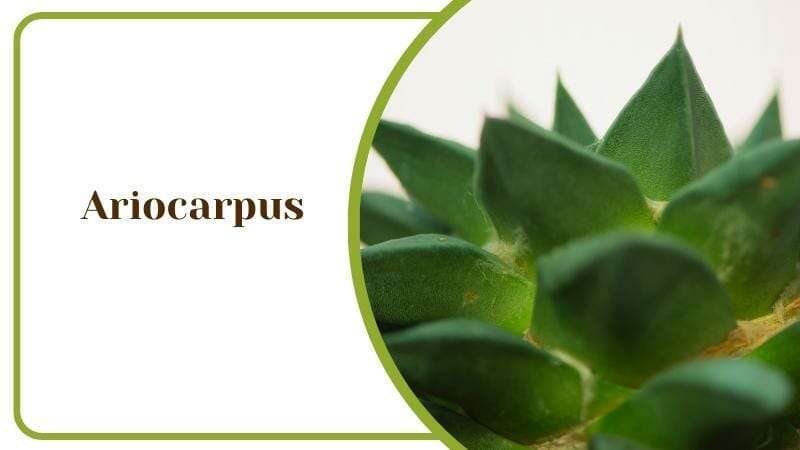 Ariocarpus is native to Mexico and thrives well during the rainy season, reaching its maximum height of about 25 cm. During this season, the flower booms and comes in various colors, like red, yellow, and white. It contains mescaline, and that gives it an unusual look it has. In addition, people can also use it for indoor and outdoor decorations because it is easy to maintain.

Similar to the aloe family, Haworthia is an indoor plant because they are easy to grow. The native South African plant has dense rosette leaves about 11 inches long. The surface has some white band stripes on it, making it look like the skin of a zebra. Other species have yellow and slivery stripes on them. 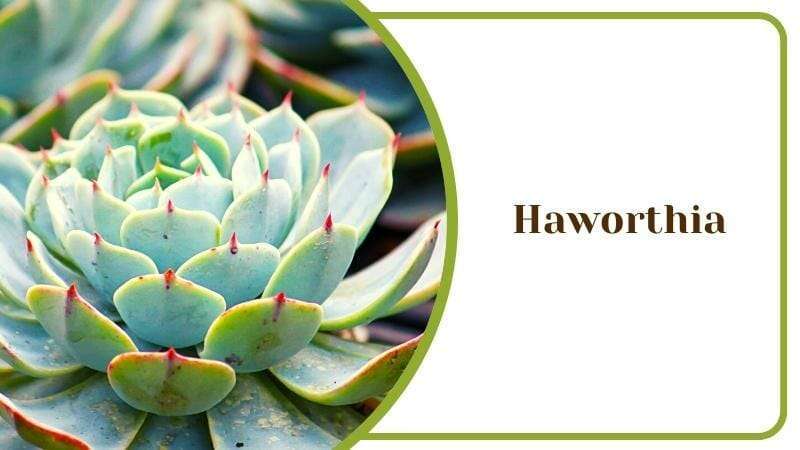 Although Haworthia is also a member of the aloe family, it has some differences when observed closely. The margins of the leaves are serrated, and the plant does not produce any flowers. In addition, Haworthia’s maximum height is about 5 inches, unlike aloe, which can grow several inches.

Similarly to the aloe family, Haworthia has medicinal properties. It is efficient in soothing sunburns because it contains vitamins A and E. It also has minerals such as magnesium and calcium, making it efficient in curing skin rashes, wounds, and sunburn.

Sansevieria, the snake plant, is a native of Africa and some Asian countries. The common name snake plant is from the shape of the leaves, which look like snakes growing from the soil. It also belongs to the family of the aloe plant. 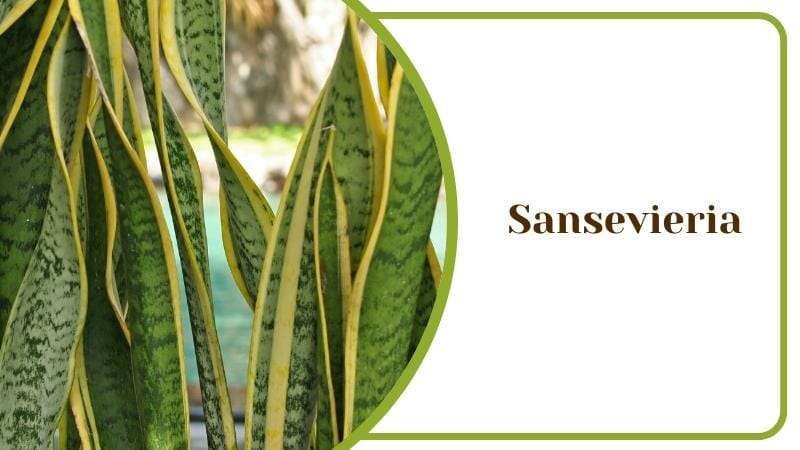 Sansevieria has several species, but the common one has dark-striped, lanced-shaped leaves. The leaves margins are smooth, and the plant does not produce flowers. It also forms a loosely dense rosette shape when growing. When fully matured, the leaves can grow up to 20 inches.

It has several health benefits making it a common household plant. It purifies the air and helps to remove toxic pollutants. It is effective against allergies, and it boosts normal mental health. Furthermore, it is easy to maintain and care for, making it easy to grow indoors.

Most people also mistake it for cactus because of the thorns on the edges of the leaves. However, it is a member of the lily family. 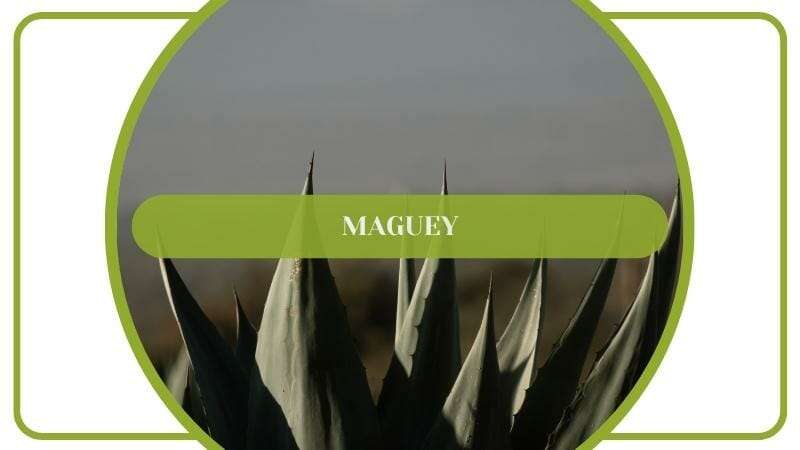 Maguey only blooms once in a lifetime, making it monocarpic. The one-time bloom occurs in the late summer months compared to the vera family, which blooms in winter. Maguey is easy to maintain, and this feature makes it easy for it to grow indoors.

Similarly to the aloe family, maguey has many medicinal benefits, making it a common medicinal plant. For example, it allows for proper digestion and helps heal wounds because of its anti-inflammatory properties.

Yucca plants are similar to the aloe vera plant. They are closely related to agave, making the three plants look similar. It has a long stalk with bright white or pink flowers at the end. The leaves have a dense rosette shape. The leaves are long and characterized by stiff, hard leaves with spiky edges. This feature is why it is called Adam’s needle. 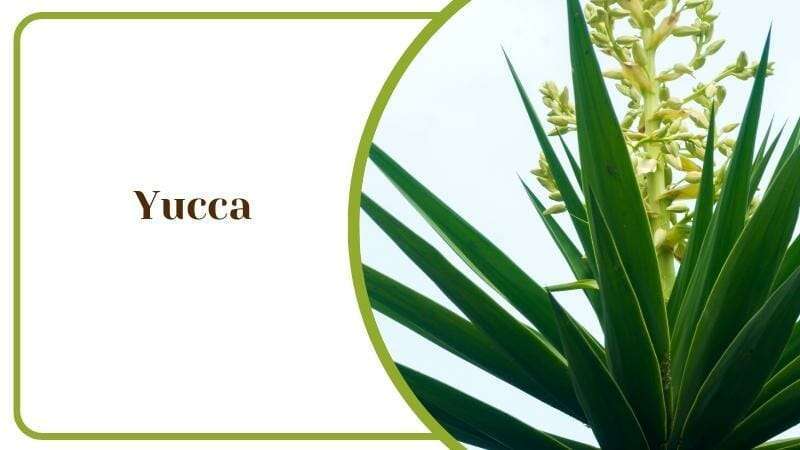 The trunk of the yucca plant is covered by bark as opposed to the succulent aloes, where there are spines. This feature makes it thrive well in regions with no water, such as arid regions. It also makes it easy to maintain.

Similarly to vera plants, Gasteria has fleshy leaves, making it succulent. It also comes from the same family as aloe. The leaves have a rosette-like appearance making them resemble the aloe family.

The long leaves, which come in various shapes, have patterns such as white speckles making the surface rough. In addition, the leaves have a green-gray color with a touch of orange. 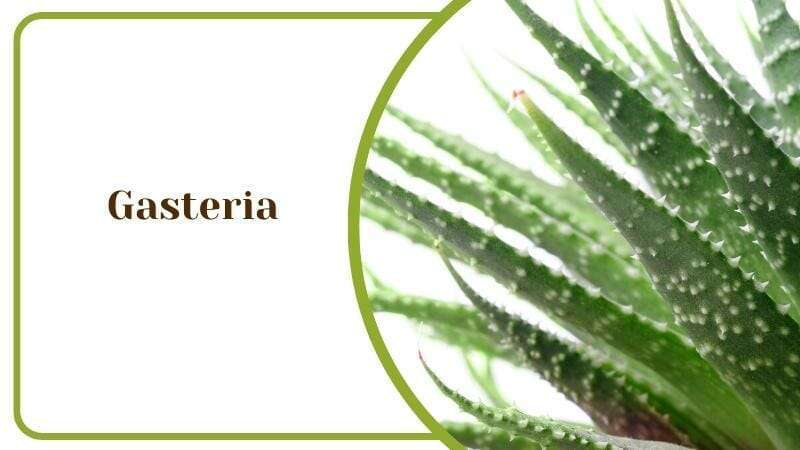 The common colors of the flowers are pink and yellow, depending on the species, and these flowers bloom during the fall months. When booming, the flower grows up to 3 cm in diameter.

When fully matured, the leaves have about 12 inches as their maximum height. Depending on the species, some of their leaves have brown or silver streaks. The leaves also have fleshy margins.

Gasteria has a long flower stalk that is oblong which holds the clusters of flowers together in place. As a result of the rough surface, Gasteria can tolerate harsh weather conditions and extreme temperatures. Also, it does not need much water for growth like aloe vera.

Hechtia especially the Hechtia texenesis species look like aloe vera. Hechtia is a native of Mexico and a part of America. It can also be classified as succulent because it is a member of the terrestrial dryland bromeliads. When fully grown, Hechtia can be about 3 feet tall.

The leaves are long and fleshy with pointed edges. There are sparkles on the leaves, and the leaves have emarginate edges. The leaves grow like aloe plants at the bottom and form a closely dense rosette of about 50 cm. The leaf margin has sharp spines making them rough and rugged to touch. 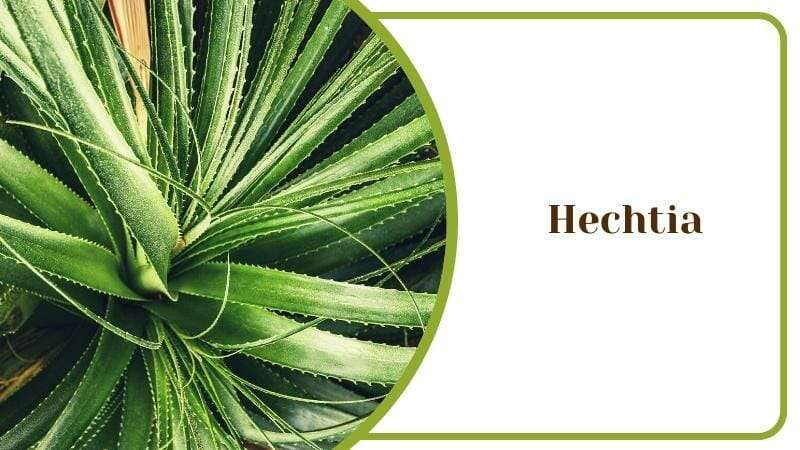 Bergeranthus is also succulent. However, it is not widely known. This yellow flowering succulent plant is a native of southern Africa. It has thick and fleshy leaves, which grow well when properly maintained. In addition, these leaves can store water, making them survive well in moderate and semi-arid climates. 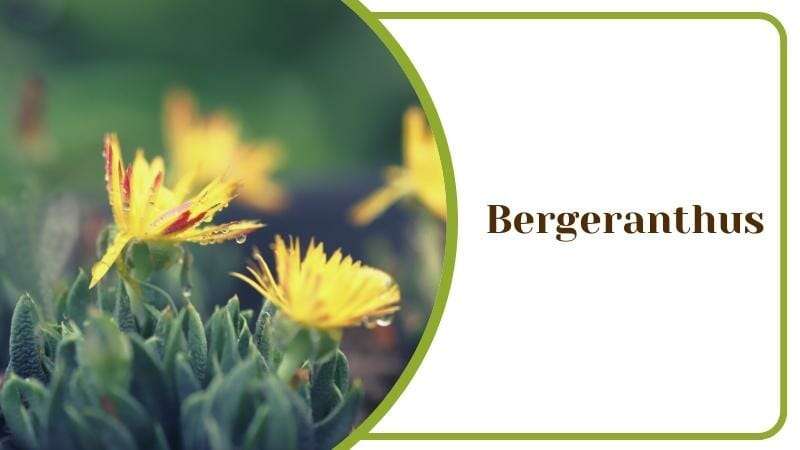 One of the major types of bergeranthus is multiceps bergeranthus which looks like aloe vera. The leaves have a rosette-like appearance with a length not exceeding 3 inches. Also, the green leaves, which look like a long prism, have pointed ends with yellow flowers. The leaf margins are serrated with short spines and do not grow above 5 inches.

Like the aloe family, bergeranthus is used for medicinal purposes such as soothing and treating sunburn. It also contains major vitamins necessary for good health.

The Aloe family has common plants because of their medicinal properties. In addition, the leaves which appear in rosette form can be used for decoration because they can be grown indoors. Although the aloe family has several species, some other plants still look like aloe vera. This similarity is due to the same physical appearance that some share with aloe vera, as the article explains.

In addition, it is important to identify some poisonous plants that look like aloe vera to avoid mix-ups. These plants are part of the aloe species; examples are aloe aculeata, aloe aristata, and aloe Africana. 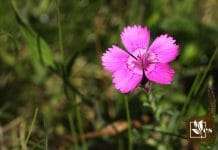 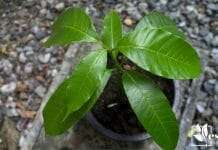 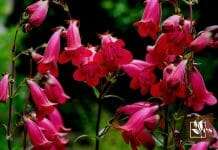