Plants that look like rosemary include the list of all the similar-looking plants to rosemary. Rosemary, officially named Rosmarinus Officinalis, is a herb commonly found growing in many households. 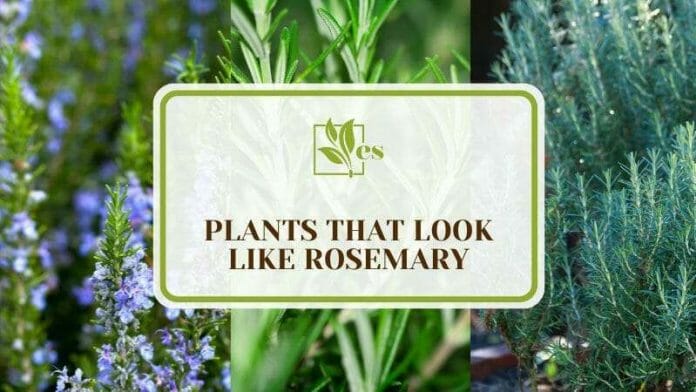 Its origin delineates back to the Mediterranean region. It is a lush and evergreen plant that has sharp, needle-like leaves. Read the article to find what other plants are there that look like rosemary and if they have the same useful features.

There is an ample variety of plants that do not have a similar appearance as rosemary but have similar fragrance and other attributes too. Mentioned below are some of the plants that have the closest resemblance to a Rosemary plant.

Russian Sage, biologically known as Perovskia Atriplicifolia, is a low-maintenance, drought-tolerant perennial that blooms all season long. It grows best in warm regions and can thrive in moderate to cold climates. 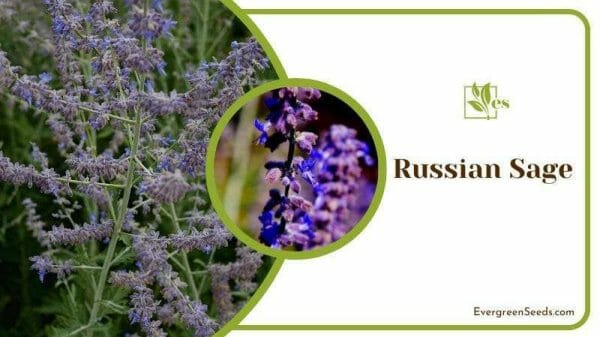 The plant needs adequate sunlight to bloom; therefore, it is advised to place it somewhere where it can soak in all that good sun. It can survive in average soils and even clay, but the condition of the full and bright sun will help it grow sturdy stems and flowers.

As it is a low-maintenance and good-looking plant, it has won the Perennial Plant Association Plant of the Year Award. Your herb garden is bound to turn heads with its addition.

We recommend planting this plant if your area has plenty of sunlight and other conditions that would aid in Sage’s development and nurturing.

Lavender Angustifolia, commonly known as lavender, is a native herb of Northern Africa and mountainous regions of the Mediterranean. It likes to grow in dry soil. 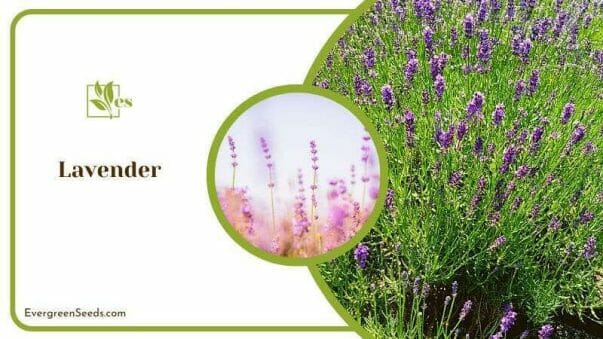 The plant is characterized by its gray-green, evergreen lush leaves with flower spikes on top, making it pleasantly appealing to the eyes. It is a rather short-heightened plant with a woody base and lilac flowers known for their calming properties.

It would be ideal for placing it near the entrances, in your rooms, and everywhere as it adds a pop of color. Furthermore, your plant will look extravagant in your cottage garden too!

Native to Eastern North America, this plant is commonly known by many names such as Mosquito Plant, Stinking Balm, Squaw Mint, Mock Pennyroyal, and Tickweed. 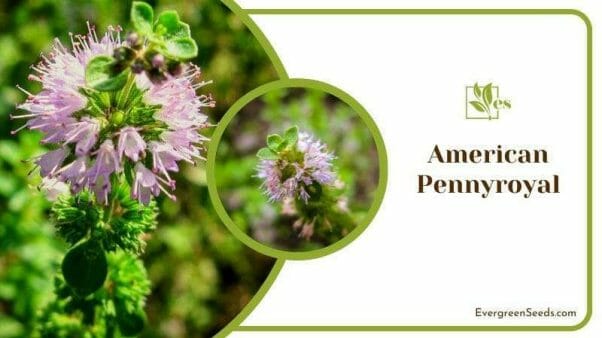 Its stems are square-shaped and a low-heightened plant that can grow up to six inches to one foot in height. It has pale blue flowers and an intense medicinal mint scent.

Rosemary is also from the mint family, so you can easily confuse any plant that smells like rosemary for actual rosemary.

The American plant is low maintenance, does not require any specific climate to grow, and can be grown simply by planting its seeds in your outdoor space. However, It grows best in direct sunlight, so make sure you plant it where it can receive ample sunlight.

Sagebrush is a fragrant bush that is a member of the Asteraceae family. It is most commonly confusing with rosemary since it is a plant that looks like rosemary with yellow flowers. 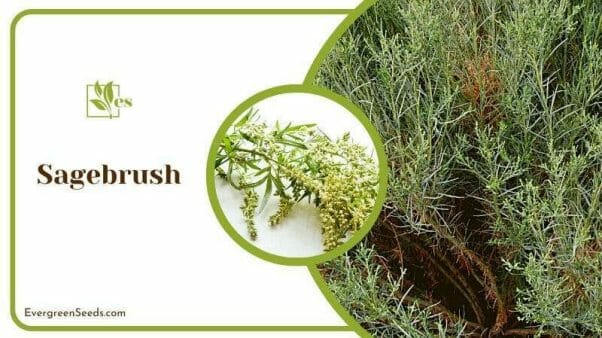 Sagebrush dominates regions that do not have moisture to support the life of forests or grasslands, meaning that it flourishes in arid and semi-arid conditions.

It is a coarse-grained and multi-branched shrub with its yellow flowers, stiff stems, and gray leaves. It can be as short as two feet and as tall as twelve feet.

When wet, the plant gives out a spicy odor yet a crisp vibe that instantly gives the impression of winter, and we’re here for it all. The plant will require watering every week after planting the seeds for the initial few months until the roots find their way into the soil. Allow the top couple of inches of the soil to dry up completely to avoid root rot.

Conyza Canadensis, commonly known as Candian Horseweed, is a native winter/summer annual plant of the Sunflower family and is a common weed that can grow anywhere and everywhere. However, it grows best in dry soils but thrives in moist conditions. 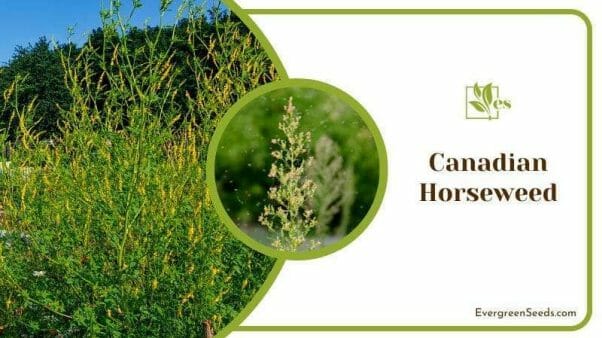 The plant’s leaves, four inches long and less than half an inch wide, become smaller and smaller as they climb the stems. Its flowers, approximately one centimeter in diameter, aren’t very prominent until you have a look up close.

It is drought tolerant, prefers sunlight, and can grow to a decent height, from one foot to five feet tall, when watered adequately. The plant can be commonly seen on path edges, orchards, waste areas, agronomic crops, vacant spaces, disrupted sites, etc.

Narrowleaf Mountain Mint is praised for its long blooming season and was selected as the 2019 NC Wildflower of the Year. The wildflower is native to Eastern North America. 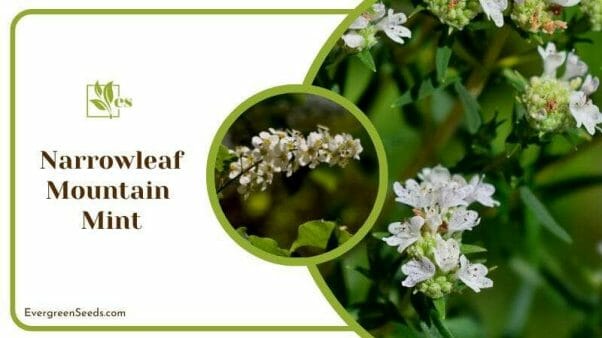 The plant can grow up to two to three feet and grow even more aggressively as soon as it reaches one inch in width, if not controlled by the division of roots. It has flowers in clusters in colors ranging from white to lavender with purple spots, and its leaves, as the name suggests, are narrow and needle-like and are less than a quarter of an inch wide.

Never water this plant in abundance. It is tolerant to drought, can grow in dry to moist soils, needs Sun to bloom, and its dried leaves can be used in trees.

Rough False Pennyroyal, also known as Mock Pennyroyal, is a native to all New England States; however, it is rarely found in Massachusetts. It is a very small plant that can be easily overlooked. 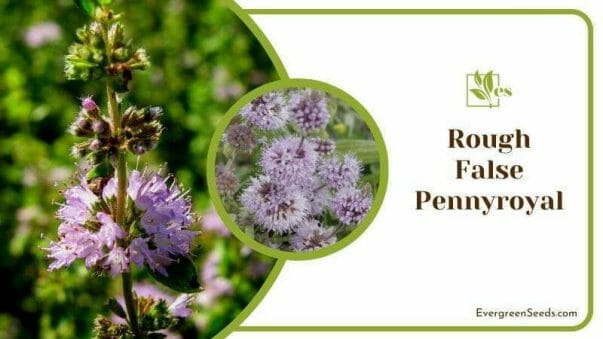 It thrives in sandy and rocky places with a fairly high pH. It is also found on disrupted sites such as railroads, roadsides, pasture sites, grasslands, sandy mounds, etc.

The flowers of this plant vary from blue to purple and are about a quarter of an inch long. Its leaves, narrow, approximately three-fourths of an inch long, are not segregated into leaflets, they are either unlobed or lobed, while its stems are hairy and erect.

Interesting fact: They have a self-supporting growth form, which translates into very low maintenance.

Helichrysum Italicum, commonly known as Curry Plant, is native to the Mediterranean and can grow up to as tall as two feet and as wide as three feet. It grows its best in sunlight areas that are protected from winds and moisture, and it thrives on the ground that is rocky and sandy. 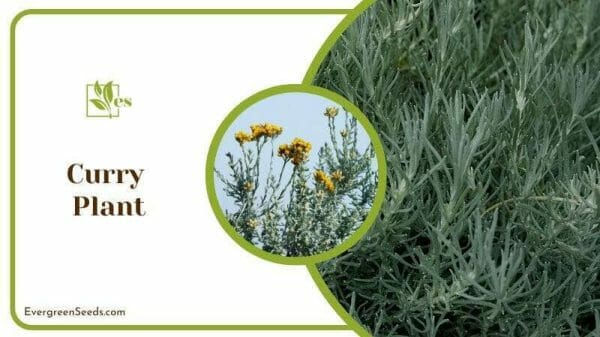 The flowers are clusters of lemon-yellow in the mid-summer season, and the stems are wood-based. The plant’s shoots and leaves are used to add flavor to Mediterranean dishes like salads, fish, and vegetables. Even its extracted oil is used in ice creams, cold drinks, sweets, bakery items, etc., to accentuate the fruity flavors.

Curry plants do not require much maintenance; all you need to do is water them thoroughly but not frequently and place them in well-draining soil. Water only when you observe the soil losing its moisture.

Virginia Mountain Mint is a perennial herb whose height ranges between one to three feet. It blooms in white, and the fruit it bears is dry and does not split open when it is ripe. 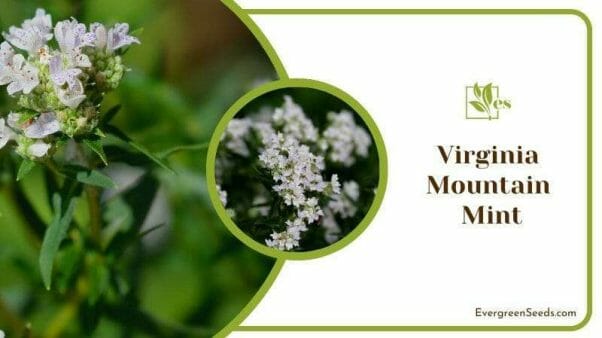 Contrary to its name, the plant doesn’t grow in elevated regions; rather, it grows best in part shade with moist soil and is usually found in wetlands and quite rarely in non-wetlands. It tends to become a little aggressive, but that can be easily controlled by regulating the soil’s moisture content.

Its seed is very small, so it is advisable to plant them in flats. The best strategy would be to segregate the plants in spring or trim off the tips in early summer.

Dog fennel is a transitory summer perennial. Its leaves are divided into thread-like segments, thus giving it the appearance of ferns. 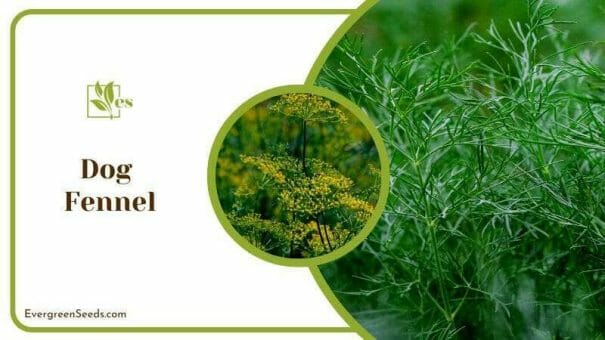 It is a mutual name for specific kinds of plants, and when taken the name, dog fennel can refer to the following plants: mayweed chamomile, stinking mayweed or stinking chamomile.

Chamaemelum, popularly known as Chamaemelum Nobile or Roman Chamomile, is species of plant that belongs to the daisy family, commonly referred to as Chamomiles. It is native to Europe and Western Asia. 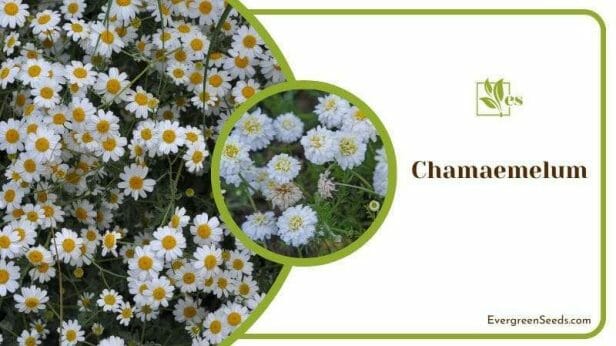 The plant bears quite daisy-like flowers, with yellow in the middle. Chamomile tea, made by the infusion of the plant’s flowers in boiling water, is known for its calming and soothing properties.

It requires a space of two to four inches when plating to grow to its best capacity. The roots provide a way for the plant to remain sturdy by creeping through the soil.

Eupatorium Capillifolium is a perennial plant member of the Sunflower family and is native to the South-Central and Eastern United States. 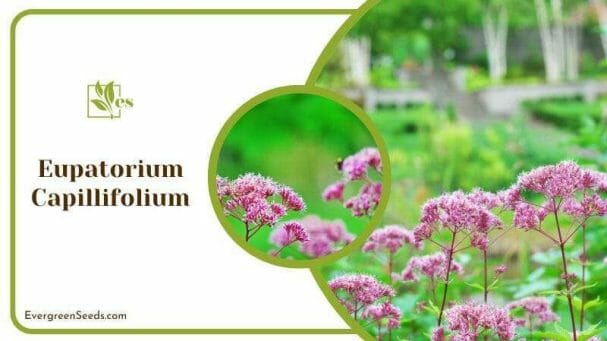 It grows in moist but well-drained soils in direct sun or part shade. It grows quite tall on slender stems, up to six and a half feet. Moreover, Its stems spring up from a sturdy base.

Interesting fact, its stems, and leaves are completely covered with leaves to the extent that it appears as if green threads are sprouting out of the plant, and these featherlike, finely separated leaves give out a fresh smell when crushed. Get a better idea of how the plant looks in the image above.

Another name for Anthemis Cotula is Stinking Chamomile. It has an intense aroma that is sometimes unpleasant, hence gaining the name “stinking chamomile.” 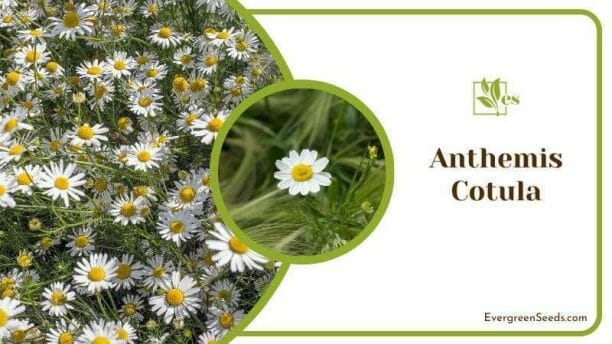 It is commonly found along roadsides, meadows, pavements, and chaotic pastures in the United States of America. They grow in places with warm summers with fewer rainfalls, less than 880 mm; therefore, the most important factor that determines where they can or cannot grow is soil fertility.

The arrangement of its leaves is not systematic, and they do not get divided into leaflets; they are either lobed or unlobed. Its flowers are strap-shaped and white, making the plant all the more appealing despite its unpleasant smell.

Not a particularly good choice if you want something like rosemary in your garden. Beware of falling for its appearance!

As we conclude a list of some of the closest resembling plants to rosemary in this guide, we hope you found this information for your next endeavor helpful. These plants not only look like rosemary, but some smell like rosemary too.

Certain conditions need to be fulfilled to grow rosemary. Still, we understand that not everyone may be able to provide them, so it might be useful to check out these other plants similar to rosemary. 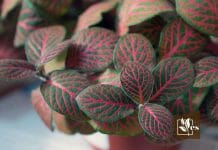 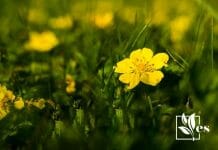 15 Ground Cover Plants With Yellow Flowers for Your Garden 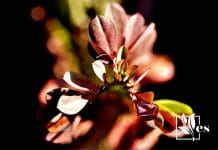 15 Plants With Maroon Leaves for a Contrasting Landscape