Japanese cucumber, also known as Kyuri in Japan (胡瓜), can be an excellent ingredient to use in various dishes. Best enjoyed fresh, there’s no better way to guarantee a plentiful supply than growing your own home.

In this guide, we’ll tell you everything you need to know.

What is a Japanese cucumber? 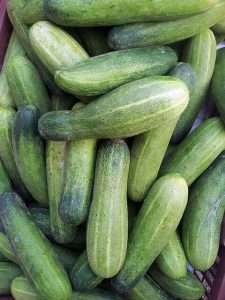 Japanese cucumber is a variety of cucumber grown for its mild, sweet taste and lack of bitterness. Although cucumbers are not native to Japan, they have become a common garden-grown vegetable. They are used in many traditional dishes and are an excellent choice for both slicing and pickling.

Japanese cucumbers have dark green skin, usually smooth but sometimes slightly bumpy, and an elongated, slightly curved shape. They look very similar to the English cucumbers you can find in supermarkets, but generally a bit smaller and thinner.

The fruit is typically between 6 and 12 inches long (15 to 30 cm), with a juicy, light green flesh and very few seeds. Their skin is thin and delicate, and you don’t need to peel them off.

One of the reasons Japanese cucumbers are so popular is that they have lower cucurbitacin levels. This compound gives regular cucumbers a bitter taste, and in some cases, it can even make them difficult to digest. Japanese cucumbers are not only sweeter, but they also produce less gas when eaten. As a result, growers class them as ‘burpless cucumbers.’

This cucumber was developed in Japan by combining cucumber varieties grown in China. Nowadays, many Japanese hybrid cucumbers choose from, depending on the Japanese cucumber size, color, tolerance to heat, pests, diseases, and very productive cultivars.

How to grow Japanese cucumbers

Japanese cucumbers are relatively easy to grow and will make a great addition to your vegetable garden.

Here are a few tips to bear in mind before you get started:

Let’s take a closer look at what you’ll need to grow your Japanese cucumbers.

Start by soaking your Japanese cucumber seeds in warm water for at least 12 hours. The seeds have tough outer skin. Soaking them in advance can significantly speed up the germination process.

After soaking the cucumber seeds, you can sow them in compostable seedling pots. Fill each pot with a rich, well-draining seed starter and compost mix. Place one seed in each pot, and cover with a thin layer of soil. Use a spray pump to mist the pots, and keep the soil moist but not soaked.

Japanese cucumber seeds need at least 68 °F (20 °C) temperatures to germinate, so keep the seedling pots in a warm, well-lit place. The seeds should germinate in about 7 to 10 days. Once each plant has at least two sets of leaves, you can transplant Japanese cucumber into the garden. 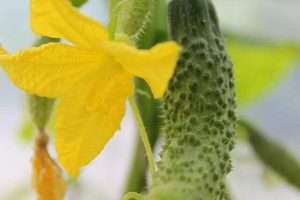 The best time to grow Japanese cucumbers outdoors is in late spring or early summer. These plants grow best in temperatures ranging from 70 °F to 86 °F (21 °C to 30 °C). If temperatures drop below that range, especially when the plants are young and newly transplanted into the garden, they will struggle to grow.

Pick a part of your garden that gets at least 6 hours of direct sun each day. Japanese cucumbers need plenty of light to develop into a healthy plant. They can tolerate some partial shade, but avoid growing them in parts of your garden that receive less than 5 hours of sun per day.

The ideal soil for growing Japanese cucumbers should be loamy, nutrient-rich, and very well-draining. Aim for a pH range between 6.0 and 7.0 so that the plants can easily absorb all the nutrients they need from the soil.

When growing Japanese cucumbers, it is vital to provide them with a support system, such as a trellis. These plants love to climb, and their long vines can stretch as high up as 6 feet (1.8 meters). Although you can grow cucumbers that trail on the ground, a vertical setup is highly recommended for Japanese cucumbers. This way, their long fruit will have plenty of space to develop, and it will be safe from pests such as snails, slugs, and even fungal problems.

Plant your Japanese cucumber seedlings in a row, at least 1 foot (30 cm) apart. After transplanting them, give your seedlings good watering. Cucumbers need plenty of moisture to grow, but they will not tolerate being waterlogged. Ensure that your soil is well-draining, and add mulch to the plants’ bottom to help retain moisture.

If provided with plenty of light, water, and nutrients, Japanese cucumbers grow very fast. They will start taking over the trellises in less than a month.

As the cucumbers grow, take the time to regularly check the plants and remove any side vines with a pair of gardening scissors. Japanese cucumbers produce most of their fruit on the main vine, and regular pruning will encourage more flowers and fruit to grow.

When you notice that your Japanese cucumber plants have started flowering, you can apply a liquid fertilizer solution. Repeat the application once every three weeks throughout the rest of the fruiting season. The best fertilizer for cucumbers should be high in potassium and phosphorus but low in nitrogen. Too much nitrogen will stimulate the growth of leaves and vines while reducing the number of flowers.

– Pests and other problems

Japanese cucumbers are a delicious vegetable. Indeed, they’re just as popular with numerous garden pests as they are with humans. Some of the most common problems include caterpillars, snails, slugs, and aphids, as well as fungal problems such as powdery mildew.

We recommend not using insecticides and other chemicals for pest control, especially if you want to grow organic Japanese cucumbers. The easiest way to keep your plants healthy is to prune them regularly. Removing the leaves from the bottom and keeping the side vines in check will not only ensure better fruiting. It will also improve air circulation, reducing the chances of fungal diseases. You can pick snails and caterpillars by hand and throw them into a bucket of soapy water.

Japanese cucumbers produce separate male and female flowers, with the male ones blooming a few days before the female ones. The yellow, star-shaped flowers are easy to tell apart by looking at their stem. Female flower stems have a small lump that becomes the cucumber fruit after pollination.

Like most modern varieties, Japanese cucumbers are self-pollinating. However, manual pollination can significantly improve your chances of a successful harvest. It is essential if you’re growing cucumbers in a greenhouse, where the airflow is limited, or if summers in your area are very humid, which can cause the pollen to clump up.

How do you manually pollinate Japanese cucumbers? The process is straightforward. Snip the male flower off the vine and gently rub it against the female flower to transfer the pollen. The best time to do this is early in the morning. If pollination is successful, you should start seeing the small cucumber fruit develop in a matter of days.

When to pick cucumbers 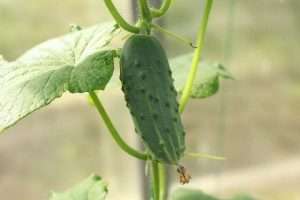 Japanese cucumbers take around 60 to 80 days to grow. Once the female flowers have pollinated and the fruit starts have developed, you can begin to harvest in as little as one week. Extremely high yielding, be sure to check the vines every day for new fruit.

When you harvest Japanese cucumbers, look for the ones that feel firm to the touch, with dark, unblemished skin. Avoid picking cucumbers that have spots, yellowing ends, or feel soft. Depending on the variety, you can pick Japanese cucumbers when they are at least 6 inches (12 cm) long, although some can grow bigger.

In general, it’s best to pick Japanese cucumbers before they fully ripen, as they will become bitter the more time they spend on the vine. Once harvested, ripe Japanese cucumbers can be kept in the vegetable drawer of your fridge for up to 5 days.

Japanese cucumbers are annual plants, and they do not tolerate frost. When the fruiting season is over, cut down the vines and add them to your compost heap. To grow them again next year, you will need to buy a new packet of seeds. Japanese cucumbers grown in the garden are often seedless, or they produce tiny, non-viable seeds.

Japanese cucumbers make an excellent addition to your table. They are delicious and versatile, and you can use them either for slicing or pickling. Their taste is a lot sweeter than that of other cucumber varieties, with a juicy, crunchy texture and a mild flavor similar to a melon. Even if you have family members who say they don’t like cucumbers, they will love these!

The best way to enjoy Japanese cucumber is raw, with the skin kept on. Their mild taste makes a fantastic contrast with spicy dishes, as well as seafood. Why not use them in a tzatziki-style sauce by combining them with yogurt, mint, and garlic? Suppose you’re looking for something closer to their native home. In that case, you can try some of the Japanese cucumber pickling methods, such as shizouke (using salt), suzuke (rice vinegar), or misozuke (with miso).

Japanese cucumbers are a superb alternative to their more common western counterparts. They’re best enjoyed fresh, and while you’re unlikely to find them at the store, with this grow guide, you can quickly increase your own at home.

Let’s take a look at the basics:

So, if you’re looking to add a delicious new plant to your garden, Japanese cucumber is a fantastic choice. 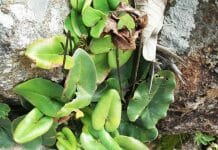 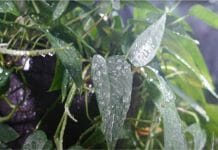 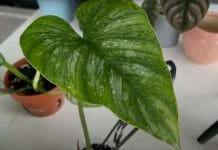