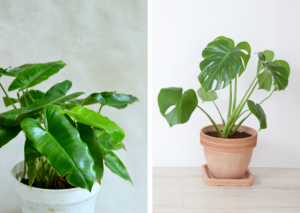 Philodendron vs Monstera — what is the difference? At a glance, telling them apart seems easy enough. Most people associate Monstera with dark green, fenestrated leaves.

Meanwhile, Philodendrons usually bring to mind colorful, heart-shaped leaves and long, trailing vines. The problem is that some varieties of Monstera and Philodendron don’t look at all like what you’d expect.

In this guide, our expert gardeners reveal the subtle differences between certain species of Philodendrons and Monsteras.

Let’s start by looking at where the confusion can begin. Both species have traits and characteristics that are considered typical.

However, here are just some examples of Philodendrons and Monsteras that don’t display characteristics that are typical to their respective species.

Things can get even more complicated when you use common names for different Monstera and Philodendron varieties, especially in the houseplant trade.

One of the most common examples of this is when Monstera deliciosa is sold as a split-leaf philodendron, or the other way around — but they are not the same plant!

Other examples of confusing common names include Philodendron broken heart being used for Monstera adansonii, or referring to Monstera deliciosa by its old scientific name, Philodendron pertusum.

Although Monstera and Philodendron plants have similar growing requirements, it’s important to know the difference between them. Especially when it comes to buying the right one. Some varieties are very rare and, as a result, more expensive, so you could end up paying more for an incorrectly labeled plant.

Philodendron & Monstera — What Do They Have in Common?

Both Monstera and Philodendron are plants belonging to the Araceae family, a group commonly known under the name of ‘aroids’ or ‘arums’. This massive family contains almost 3,750 species, including Caladiums, Alocasia, the ZZ plant, and even edible crops such as Taro.

One feature all aroids have in common is the shape of their flower, called ‘spadix’, which resembles a fleshy, spear-like stem. This inflorescence is surrounded by a modified leaf called ‘spathe’, which can come in many shapes and colors.

Monstera and Philodendron are both tropical plants, native to the Americas and West Indies. They usually display an epiphyte growth habit, using aerial roots to grow on trees and take the water and nutrients they need from the host plant.

In some cases, they can also grow on the soil, and it’s not uncommon to find them in swamps, growing on roadsides, or even gardens and in urban landscaping.

Another feature that Monsteras and Philodendrons have in common is diversity. Few other plant genera come in such a wide variety of leaf size, shape, pattern, and coloring. They also hybridize easily, and horticulturists carefully select and encourage desirable leaf features, such as variegation or fenestration. As a result, new varieties and cultivars are constantly being released on the market.

In the past, botanists often classed Monstera plants as part of the Philodendron family, and it’s only in recent decades that closer examination revealed the differences between some of them. However, the name ‘philodendron’ has remained in use to this day for some Monstera varieties, which is why gardening and houseplants retailers sometimes use them interchangeably.

How To Identify a Philodendron 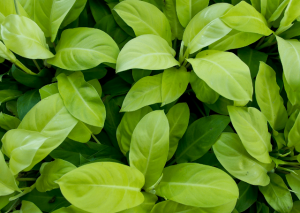 There are almost 500 different species of Philodendron, each with its distinctive look. This is why it can be difficult to find a ‘one size fits all’ when it comes to identifying a Philodendron plant. One clue, however, is in the name.

The name ‘philodendron’ comes from Greek. It is a combination of the word ‘philo,’ which means ‘love,’ and ‘dendron,’ which means ‘tree.’ Philodendrons love climbing trees, using their aerial roots to reach the upper canopy, where they have better access to light. Even varieties that don’t look like climbers, such as Philodendron Prince of Orange, will grow these aerial roots.

Philodendron leaves come in many shapes and sizes, but one thing they have in common is the cataphyll. This is a small, modified leaf that protects the new leaves as they grow.

With so many different species, it’s only natural that some will display traits that are more commonly associated with Monsteras.

Here are some common offenders:

How To Identify a Monstera 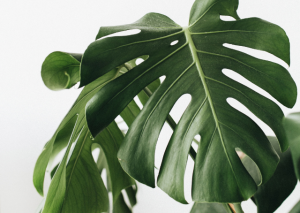 Compared to Philodendron, Monstera is a much smaller genus, containing only 45 species. The name comes from Latin, and it was used by botanists to describe the ‘monstrously’ large leaves of these plants. However, there are several plants similar to Monstera.

The Monstera and Philodendron genera have a lot in common. From their native habitat and the way they grow to the shape of the flowers, so telling them apart can often be tricky. Genetic analysis is often the easiest way to differentiate similar-looking species.

Obviously, houseplant lovers don’t have the means to get close and personal with a plant’s DNA, but there are easier ways to determine which is which.

Monstera leaves usually display a knee-like joint called ‘geniculum’ or ‘pulvinus.’ This allows the leaves to move as they follow the light from the sun, and it’s also found on the leaves of prayer-plants. It is very rare in the case of Philodendrons, and it’s one of the best ways you can tell the two plants apart.

It’s best not to try and remove the cataphyll from mature leaves, as this can damage the stem.

– A Question of Fenestration

What about leaf fenestration? Some of the most popular varieties, such as Monstera deliciosa and Monstera adansonii, are best known for their split or ‘perforated’ leaves. Yet some varieties of Philodendrons also have leaves with holes. This is where we’ll have to get a bit nerdy and explain the differences between fenestration and a similar-looking phenomenon, called ‘pinnation’.

When talking about leaves in botanical terms, fenestration is typically used to refer to perforation or a circular-shaped hole. Meanwhile, pinnation is used to describe the way leaflets or leaf lobes are arranged along the stem, in a feather-like pattern.

In the case of fenestration, the leaves can split all the way through, until the original round shape of the perforation becomes no longer visible. You can see this with the leaves of Monstera deliciosa and borsigiana: when they’re young, the fenestrations are small and round, with well-defined borders around the holes. But as the plant matures, these borders become thinner and thinner, until they split to the edge.

Fenestration is a common trait for Monstera plants. In the case of Philodendrons, the leaves are pinnated, meaning that they don’t display a circular hole, and are split down from the very beginning.

So, which Monsteras are masquerading as Philodendrons?

Here are a few likely suspects: 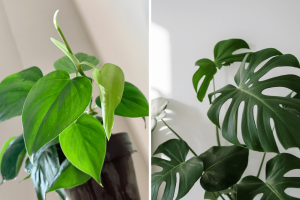 Both Philodendrons and Monsteras can add a lot to your home, and there’s no need to favor one over the other. However, if you’re looking for a specific plant, especially a commonly confused one, it’s useful to know the differences.

Having read this guide, you’ll now have a pretty good chance of determining whether you’re looking at a Philodendron or a Monstera.

Now you know what to look for, it’s time to grab the next addition to your houseplant menagerie!

How to Grow Egyptian Spinach At Home | An Essential Guide 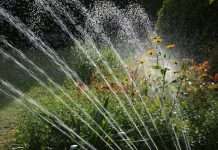 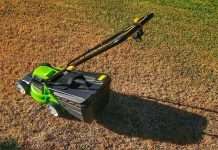